As the year closes and we look towards 2023, I can already see several video games on the beckoning horizon. Brand new JRPG releases are slated in the coming months, including one that may be the biggest impending adventure since Breath of the Wild. Of course, I’m talking about Tears of the Kingdom, the next mainline RPG-like title in Nintendo’s Zelda series. But even before that, I have my own backlog to look forward to, eyeing yet more Xenoblade awesomeness.

If you had to choose only a handful of games — new, old, backlogged — you could play in 2023, which ones would you pick? Or what upcoming new releases do you anticipate most? Below are my choices.

That’s only six games I’d play in 2023, but they’re all huge and long open-worlds, JRPGs, or both. They could easily occupy my spare time all year long. And since I’ll still be enjoying Xenoblade Chronicles: Definitive Edition in the first few months of next year, I’ll likely finish only three games in 2023.

Octopath Traveler II follows its original debut about five years later. It should be an improvement. Initial previews show the HD-2D style has been enhanced to some degree, not that it needed more polish, but I’m not complaining. As long as the classic turn-based battle point combat system from the first title is present, I’ll relish it. 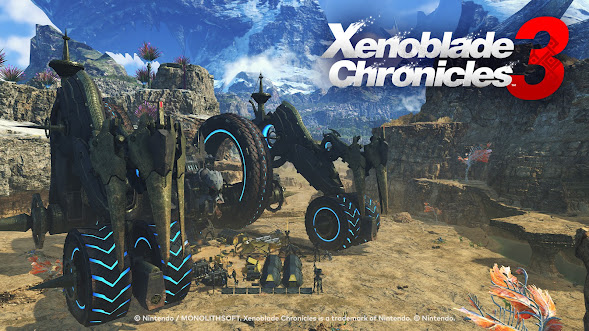 Tales of Symphonia Remaster is looking nice so far. I never played the original, so I’m sure I’d be in for a treat. It is often regarded as one of the fan favorites in the Tales of… series. That said, I already have Tales of Vesperia Definitive Edition backlogged. So maybe I should play that instead.

Zelda: Tears of the Kingdom. The sequel to Game of the Year 2017 winner Breath of the Wild. What else can I say? Besides me, my wife and kids also greatly anticipate this game. We plan to buy two copies, one for each Switch in my household. Also, any new Zelda amiibo or fancy controllers will likely be purchased. Maybe even a Tears of the Kingdom edition Switch OLED!

Xenoblade Chronicles 3 is arguably the best and biggest JRPG on this list. It was nominated for Game of the Year 2022. And it’s sitting on my dresser, patiently waiting for me. So if no other new games were scheduled for 2023, I would at least have XC3 to look forward to. I’d like to savor it as much as possible.

Are you anticipating any new games for the new year?