Who Let The Blogs Out? Review 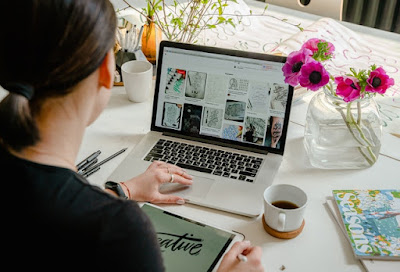 In the heyday of blogging, and the year (2004) Facebook first launched, Who Let The Blogs Out? was published. Author Biz Stone’s answer was, of course, bloggers, along with the early pioneers of the first blogging platforms. Blogging meant anyone could post anything, since it enabled the masses to publish online and en masse, which coalesced into the blogosphere. I enjoyed reading about blogging, from the view atop its pinnacle and in the rearview following the proliferation of social media.
The book covered both the big picture and the small details about blogging, such as:
Biz Stone detailed what was likely the greatest impetus for the boon of blogging: the introduction of Blogger, one of the first of several blogging platforms, which was created by Evan Williams in 1999, later bought by Google in 2003, and is still alive and well today after 23 years.

Stone pointed out how blogging enabled anyone to publish anything online because it didn’t require technical knowledge; “normal” people — who don’t know HTML, programming, or coding — could post online. This allowed more people to be on the internet, which expanded the world wide web.
He also rightly noticed that, besides individual blogs, there also emerged a natural interconnection between blogs through hyperlinking. This came to be known as the “blogosphere,” and the phenomenon of links was paramount:

“Hyperlinking is rooted not in technology but in our desire to make connections, learn, and share knowledge.” p9

“Links are the currency of the blogosphere.” p91

“I propose a name for the intellectual cyberspace we bloggers occupy: the Blogosphere.” - William Quick, January 1, 2002

“The blogosphere is the network of blogs that lives within the World Wide Web — a web within a web — but it is more than documents and hyperlinks. Behind it all are many individuals who combine to form an aggregated entity with its own force; it is a new media ecosystem with a complex social culture based on knowledge, entertainment, and the sharing of ideas.”

“A blog is a collection of digital content that, when examined over a period of time, exposes the intellectual soul of its author or authors… Blogging is the act of creating, composing, and publishing this content; and a blogger is the person behind the curtain.” p35

Stone went on to break down blogging into basic parts, and then he talked about something vital at its core,

“The real heart of a blog is that it represents a person — a blogger — whose thoughts, ideas, and commentary are being instant-messaged to the web as easily as they could an e-mail. p42-43

While reading these things, I couldn’t help but notice how much of what he described can also be seen in Twitter, which was co-founded by Blogger’s co-creator, Evan Williams, who later also co-founded Medium.


Most fascinating to me, the author covered how blogging relates to social media, as some of its seeds are found in blogging. At the time the book was published, social media was nascent. Biz wrote on page 100 that social networking was inferior to blogging but had great potential. In comparison, he said blogging has been “the ultimate network tool for quite some time now.”

About blogrolling, a popular feature on blogs, Biz said on pages 101-102 that while social networking sites let you add friends, blogrolling was more significant because it represented an “intellectual attraction” and was more thoughtful than a friending or dating service.
Besides blogrolling, he also discussed how commenting and comment moderation, a feature initially absent from blogs, allowed more direct interaction between bloggers, giving blogs a more social aspect.

“…blogging is a naturally occurring social network based on intellectual attraction.” p192


One topic that severely dates the book is called, “Moblogging” or mobile blogging. Before the advent of smartphones, flip phones had started to introduce rudimentary cameras and limited connectivity. On pages 128-129, Biz talked about the potential of mobile camera phones with web access for mobile blogging of info via text and photos. What he described was prescient, knowing how far technology has advanced since then; all the author wrote has come true and then some!

On blog design, Biz listed two keys, that blogs be easily readable and navigable. He also addressed how a blog’s design uniquely represents a person’s character or personality in some ways. The layout, theme, colors, fonts, icons, images, and even the particular widgets or gagdets in a sidebar all combine in a particular style suited to the blogger.

I point out that this contrasts greatly with social media profiles where everyone’s looks mostly the same, so it’s an aspect of blogging I greatly appreciate. And when the distinct look and feel of a blog is coupled with a blogger’s unique voice written in posts, the richness of blogging shines.

Chapter five discussed the importance of blogging in, by, and for businesses. Chapter six talked about the rise and influence of political blogs, called “warblogging” soon after 9/11. It also covered how blogging affected the educational industry and journalism. Finally, chapter seven talked about how blog posts went viral, in a time before there were “like” and “share” buttons made popular by social media and its network effects.


Some concluding quotes and tidbits:

“Blogging kickstarted a revolution in hyperconnectivity and communication via the web — it was the spark of life that the Internet was missing.” p221

Blogging made the web not just readable but also writeable. And it flourished at a time when both social media networking and social bookmarking sites were in their infancy. The blogosphere then was more social or better networked than early social media.

I thoroughly enjoyed Who Let The Blogs Out? Its detailed content on blogging was historical, nostalgic, insightful, and in some points prescient since social media today is an ancestor of blogging and is partly based on the same foundational principles of the internet. I also like the book for its storytelling and presentation. Biz Stone wrote clearly, candidly, and used humor, like what you might find in a personal blog.

I recommend this book to anyone who appreciates web-surfing and the internet or has any interest in blogging or social media. Your call to action: read the book. :)
Topics: Blogging, Reading