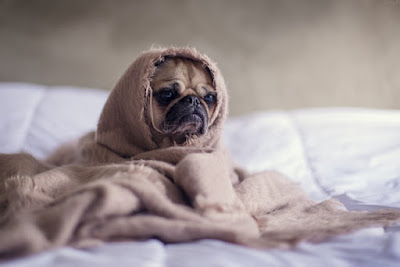 There’s a disturbance in the force of WordPress; I’ve sensed it.
And now my inner disquiet has been further stirred. An article caught my attention, citing a report that indicates declining WordPress market share for the first time ever, which is apparently caused by performance issues, increased complexity, and a lengthy yet unfinished release of the Full Site Editor.

These problems struck me.

The issues seem somewhat speculative, but based on the numerous comments in the article, there’s some consensus about the Gutenberg/FSE long roll-out being a problem along with increased platform complexity overall. And based on my own experience with the Full Site Editor and other changes to the platform in the past few years, I have to agree.

I’ve had a growing sense that WordPress has been evolving from a simple publishing platform to a full-fledged website builder. So instead of a focus on getting text-based articles online, WordPress has prioritized getting entire websites online. Where bloggers once shared their thoughts, now entrepreneurs sell their products. Being all things to all people is a burdensome load.
This adds complexity; I’ve certainly experienced it in the newer block widgets under site customization; I prefer the now “legacy” widgets. And I'm only using the default WordPress.com, ignoring plugins.
Full Site Editing pushes complexity further with the classic theme system being slowly deprecated by block-enabled site construction. Worse is that the FSE is still in beta yet is pushed on new sites.

I recently created a new test site to begin learning the FSE. Working with an import of my existing live site, I was befuddled on my first attempt. Reading a few helpful articles and watching a good WP tutorial video, I felt some promise and gained a little hope. So I sat down on three separate occasions to purposefully practice the FSE. But I made little progress. And on attempt three, I ran into a show-stopping bug. A Template Part I tried to create simply hung the editor and was never fixed.

At that point, having invested a few hours over several days, I didn’t see enough return; the results were lackluster and the process was cumbersome. Frustrated and disappointed, I gave up, preferring the classic theme system — which, by the way, already worked quite well. I know the world doesn’t stand still, but as I’ve grown, the saying, “Leave well-enough alone” has grown on me.

All of this piles on top of my deep dissatisfaction with the hosting plan changes disruption announced in April. In fact, I’m surprised it wasn’t cited as part of the cause for the decline in WordPress market share. I already posted about the pricing issues here and here and here. And though WordPress has said they will address or alleviate the current structure’s weaknesses, I’m still inclined to move to an alternative blogging host.

I checked out WordPress alternatives like Wix and should maybe try again. I tried Ghost and really like it a lot. But the site I’m loving the most, after all these years, is good old Blogger; I'm quite fond of it. In fact, I’ve been migrating most of my Jason Journals posts to it over the past few weeks. At some point after migration is done, I’ll reassess the blogging landscape once more and then decide to either hold onto WordPress a little while longer, or I’ll pack my bags and move on.

For now, Jason Journals is tentatively hosted at WordPress.
(Photo by Matthew Henry on Unsplash)

I happened upon more evidence of WordPress evolving, or devolving, from a simple blogging platform to a full CMS/website builder. Consider the credible web-knowledgable source of the following quote - Manton Reece in his book Indie Microblogging:

"In recent years, WordPress has drifted away from its roots in blogging. When I attended a WordCamp in 2017, no one was talking about blogs. It was all about using WordPress as a full CMS."

"WordPress’s Gutenberg block editor has also captured most of the development attention in the WordPress community, completing the shift away from simple, text blog posts to richer, full web pages. Gutenberg represented a multi-year vision from Mullenweg to make WordPress’s default editor competitive with modern blog platforms like Medium."