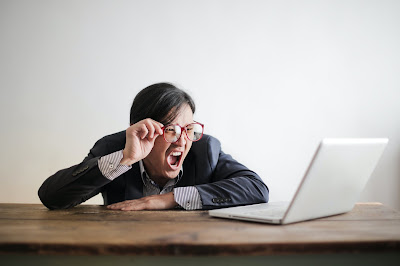 Surprise! In a non-telegraphed move, WordPress launched a new plan pricing paradigm recently. Brought to my attention by fellow blogger Aywren Sojourner, I looked at the plan tier updates to see what’s up. As things now stand, I don’t like what I see. In fact, this sudden and unwelcome plan pivot moved me to begin checking out other options in the greater blogging space.

I don’t wish to leave long-term investment in WordPress behind and start over elsewhere, but deciding such a move will come down to features and costs. Blogging is a hobby of mine that I’ve enjoyed for years; I pay money to do it and don’t make a penny back. I’ve subscribed (been a paying customer) to different WordPress tiers for the past five years. There has been a wide range of plans and price points to choose from. As of last count, there were five, from “Free” all the way up to “eCommerce.”

Surely there will also be at least one nice middle tier, right? Don’t get me wrong, I like simplicity and minimalism (I could always use more of less, heh), but offering only two plans is a bit, uh, sparse. Imagine going to your favorite retailer to buy a pair of jeans and all they have is small and large; neither fit. What happens? You go shopping at another store.

More news will likely come. There has been additional info on the updated plans…in the forums. And while that’s definitely helpful and somewhat relieving, I don’t understand why the plan changes were not officially announced in a blog post or similar. By the way, one of the plan changes — a substantial storage reduction — inadvertently caused upset with several bloggers as a code bug misled them to believe their media stores were suddenly removed or in jeopardy. That’s unfortunate, and though mistakes happen, it’s like adding insult to injury amidst the surprise price changes.

I trust WordPress will be more forthcoming in the near future. Meanwhile, I’ve made one move already; I transferred my jasonjournals.com domain from WordPress to my preferred independent registrar at Hover.com (they’ve been great for many years). And let me say, the transfer process was very easy and fast! I started and completed in less than an hour.

Domain connected/pointed to WordPress moments after transferring it to Hover. It was almost entirely automatic.

I’ve also started looking at other publishing platforms like Wix, Squarespace, Blogger, Weebly, Medium, and others. So far, I must admit, the competition isn’t much better in terms of pricing. I suspect that general economic inflation is one factor causing higher than expected prices. Many WordPress alternatives do not offer any low-cost plans. Like past days of Netflix only asking for $7 or $8 per month, gone are the days of sub-$10 tier options in the content management space. This seems to match another price hike recently announced when Amazon increased the annual cost of Prime membership quite a bit.

Once the dust settles on WordPress plan changes, I’ll finish reevaluating my blogging life and decide how to move forward. Change, especially when unexpected or unwelcome, is hard. But change is often for the best, so call me cautiously optimistic.

What do you think of the new plans?
Topics: Blogging

Donate $1. Funds pay for the domain name and mailbox. Thank you!