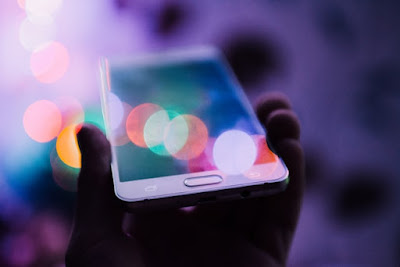 Twitter? Signed out. Facebook? Logged off. It started a few days ago after noticing my frequent phone checking, which spurred a reality check. How did I get so hooked? It felt like brain drain. So Wednesday night, feeling staggered, I turned the key that arms the big red nuke button. I signed out of all my social media accounts and removed all links to them. I'm off.


Social Media and me

Maybe it’s just my periodic swing to find the balance between too much Twitter or quitting cold turkey. But I’ve once again been feeling the need, the compulsion, to distance myself from social media altogether. Honestly, the main problem hasn’t been Facebook this time, it has been the blue tweety bird. My use of Twitter escalated in recent months. Like slowly boiling a frog, I didn’t feel the heat of the dumpster fire that is Twitter...until recently.
I noticed how I felt the need to check Twitter, catch up on notifications, see who said what, and look at stats. What I hadn't noticed at first was how often I did this throughout the day; a habit formed At one point, my wife was talking to me when I realized I began actively tuning her out as I grabbed my phone and started reading Twitter. Yikes!
Generally, despite having a few tailored lists on Twitter, I'd gravitate to the main stream and just scroll, sifting through noise, reading snarky comments...Twitter is said to be the comments section of the internet, and the trolls and bots know it.
Just days after creating a second Twitter account for Jason Journals, I had to delete the app from my phone. The very next day — no joke — is when Elon Musk announced he was going to buy Twitter in a hostile takeover. My first thought was, “Whoa!” My second thought was, “I bet Twitter is blowing up right now…I should go check it out…oh wait, the app isn’t on my phone.” Yeah, talk about a bit of addiction maybe?

I think stepping back from social media right now is best for me; my hiatus is indefinite. And I likely won’t delete my accounts because I often return to them after a good long healthy break (a.k.a. digital detox or declutter).

Social Media and others

Is social media bad for everyone, society, civility, or democracy? Well, to some degree yes, as smarter people than myself have argued cogently (see Cal Newport, Jaron Lanier, and Tristan Harris). There is some utility in it, some good, but I think its net result is bad. That said, I understand many people can handle social media and make it work for them in different ways. And I’m not better than others for avoiding social media (I'm not using #DeleteFacebook for virtue signaling). Yet I think social media should be probably be deleted from the internet altogether and that we’d all be better off with blogs (maybe I’m biased).
I support social networking but not Social Media. [The Web Itself Is The Social Network.]
Having just finished re-reading Glenn Reynold’s short book called, “The Social Media Upheaval,” I recommend you read it and discern for yourself. Also, Cal Newport is a great example of someone successfully living social media free. He has a podcast, blog, and has written several books related to this topic. You can also hear him speak on the subject in YouTube videos.
For now, I think my measures of social media abstinence are enough to let my brain and psyche calm down. Well, that combined with turning off even more notifications on my phone, tablet, and laptop; I further tightened the screws on that too. So far, it’s remarkable because I can already sense a bit more calm and quiet in my day since my phone is not frequently alerting me to info that, 99% of the time, is neither urgent nor important.
Also, in the absence of checking my phone, I started to rediscover the joy of long-form reading…but that’s for another post.

Have you considered your use of social media?
(Photo by Rodion Kutsaev on Unsplash)
Topics: Social