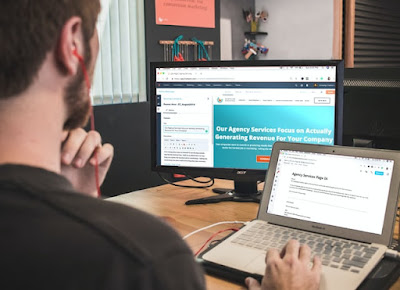 April started with WordPress.com quietly pushing new unwelcome plans with all-or-nothing pricing. Like many others, I’ve written about it (here and there). Besides causing much consternation, the change also caused me to start seeking another blogging platform just in case — still no word on the new a la carte options said to be coming. I’ve been sampling other services and will share where I’m at thus far. But first, a general word on paying for services.
There’s a notion that paying for an app or service is better than using it for free. One reason is that paying helps ensure the app or service won’t disappear — “free” is not a sustainable business model. For example, I donate money to Wikipedia because I value the free service and don’t want it to go away. Another example, I have long paid for WordPress because it is was a great CMS for blogging.

Somewhere along the way, I mistakenly thought paying for WordPress ensured it would never change, disappear, or regress. I was wrong. Though I’ve subscribed for years, it changed for the worse, not better. And while I can keep my current legacy plan as-is for the foreseeable future, I don’t know if that will eventually change. So despite paying money for WordPress, I have uncertainty about it.

The instability has me seeking solid ground in other blogging services. If I move somewhere else, I’ll take with me the lesson learned: just because you pay for a service doesn’t mean it will remain the same long-term. Paying may help ensure a service is more likely to remain viable, but it doesn’t necessarily guarantee anything. I’m not saying a service should never change, but when it does, it should be better for both the customer and the provider. The new plans are not better for the legion hobby bloggers.

I signed up to try a free Wix account but didn’t like the interface or dashboard. The whole service didn’t feel right, but that’s probably just because I’m so used to WordPress. The thing is, I want a simple blogging platform, not a website builder. And the costly plans aren’t better than what WordPress now offers.

No thanks. Moving on.

For publishing text — not building a website — Ghost looks excellent. You can literally play with Ghost just to try it out. I was very impressed with its dashboard and user interface. It’s simple and elegant yet provides the core functionality a blogger needs. Most impressive is how seamless and easy it is to use Ghost to give your readers newsletters and tailor your blog to gaining new members or subscribers. If you want to offer “Premium” content on your blog, Ghost looks best. The pricing structure isn’t great — there’s no free tier — but it seems reasonable for a hobby blogger with hopes to gain some income. The company appears solid with sound values and principles, and the site has lots of info about content publishing in general. Their Twitter account is worth a follow.

There’s a lot to like about Ghost; it’s one of the top contenders for a WordPress replacement.

This blogging platform is intriguing with its super minimal appearance. Like WordPress, there’s an open-source, self-hosted version — write freely — and there’s a hosted version — write.as. The hosted version has a Pro plan that’s the most affordable of the WordPress alternatives so far. Unfortunately, the Free plan is now closed. The Pro plan has a 14 day free trial but I’ve not tried it yet. I appreciate its “less is more” feeling, but I think write.as doesn’t offer enough blogging goodness at its Pro plan cost — though it does have a newsletter for email subscribers. After watching a few basic YouTube videos for how the service works, I think it’s too simplified. Also, I’d rather not use markdown to format posts. On top of that, it favors Chrome or Firefox through an extension for easy photo uploading, but I use Safari.

I don’t think this one is for me.

I love Blogger and am now using it privately for cross-posting. To this day, it remains super simple yet has all the basic blogging features I love. It’s easier to use than WordPress and its widgets are better. I even prefer its classic themes with custom HTML and CSS for free! These traits combined with nostalgia tempt me to return, but my rational brain might get the better of me. You see, Blogger is free — nice, but I’d pay for it — and owned by Google, which means Google could kill it at any moment. In fact, some of its most basic blogging features have been deprecated in recent years. While I might be willing to live without them, it makes Blogger’s future more uncertain.

Blogger is best for simply blogging. But it may not be around for long. I’m torn.

This brings me back to WordPress. I’m already here and paying for a good plan I can keep…but for how long? I decided it’s time to try the new Full Site Editing with blocks, so I’m testing it out. I have some hope that I’ll be able to customize my test site to my liking, but so far I dislike the interface and nomenclature. It’s not very intuitive, though you’d think it should be since it’s based on blocks.

This brings me to the fact that, while powerful and sometimes easy, I dislike the overall block interface paradigm. Everything feels janky. Instead of writing a blog post, I must cobble together a bunch of spare parts. There are settings everywhere, with buttons, drop-downs, sidebars, options… there’s a lot going on just to write a blog post or tweak a theme. Widgets customization is jankier than ever. I’m one who likes to customize and tweak a blog theme, but I don’t like the new way of doing it on WordPress.com. I prefer a traditional WYSIWYG text editor. And I miss many of the classic, now obsolete, WordPress themes and “legacy” widgets.
With WordPress.org and WordPress.com, there should be WordPress.blog, a new hosted service dedicated to classic and simple blogging rather than website building. And yes, I've considered self-hosting but dislike the overhead.

Maybe I should try Tumblr? I don't think so.
I might try Medium as a way to syndicate my posts, gain exposure, and gain readers or subscribers to my blog. I doubt it, though, since it would mean paying more.

I don’t think WordPress.com is the best place for a hobby blogger anymore. That said, there are things I like about WP: the Reader, Like buttons, a robust ecosystem, room for growth, long-term viability overall, strength in numbers of users, a support system, and a good blogging community. These all create much value. I still have plenty of time to shop around and do my research, and I’m eager to check out the pending WordPress a la carte add-ons that are said to be coming. Time will tell what I end up doing.

Are you looking for a WordPress alternative?