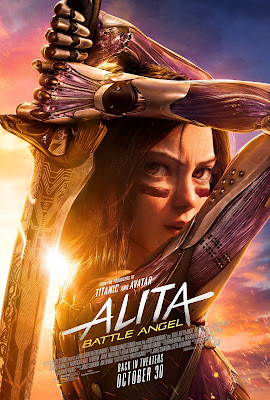 For the first time, I recently watched the movie called Alita Battle Angel. Somehow this one didn’t stick out to me when released in theaters in 2019. I noticed the 4K version was on sale so I got it; glad I did.

The story overall (no spoilers), characters, and world building are pretty good but the narrative isn’t too deep; don’t expect The Matrix-level mind candy here. The plot centers on Alita discovering who or what she is while also learning about the people around her. The ones closest to her have a hidden side to them, which affects their relationships and the plot.

The biggest downside to the story is how much of it is left out of the movie. I don’t know how well the film was adapted from the original manga story it’s based on, but I wanted more backstory that was briefly shown and also more of the, uh, later story that was not shown.

The overall cast and dialogue are fine and get the job done. But of course the real standout is Alita. She’s a good heroine. Yeah, surprise, she starts with the amnesia trope in this cyberpunk film. She grows pretty well, gaining a sense of her identity and purpose both via her own autonomy and also with the help of others. Alita is also portrayed with moving emotion. Her greatest trait is her unrelenting determination to fight. She’s got the spirit and strength that make her a fierce warrior. 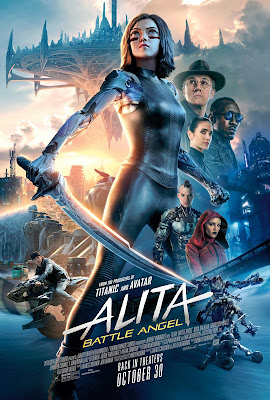 The biggest draw to me in this movie is its cyberpunk sci-fi setting with mild martial arts fighting. Special effects are excellent, presenting a good mix of CGI with real-time action. It works well together throughout the entire film. If you’re any kind of fan of the genre, you should appreciate this film. There are several darkly lit scenes but they looked very good in 4K HDR on my TV. Smoke, steam, and shadows all came across more life-like and clear with plenty of detail. Alita’s final body with its amethyst purple muscle fibers is striking. The overall tone of the film is classic cyberpunk: gritty, dystopian, yet flashy and shiny at times.

I wasn’t sure what to expect with this movie but am quite happy to have it in my library. It will be worth watching again for sure. And it definitely needs a sequel!

By the way, I ended up buying Ghost in the Shell shortly after watching Alita as it has similar story roots from manga and features a strong female cyborg protagonist in a fighting action sci-fi film. I’ve seen it once before but it’s been a while. Its manga origin inspired The Matrix, so it has a lot going for it.

Have you seen Alita Battle Angel, what did you think?
Topics: Entertainment