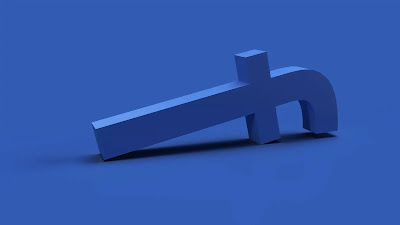 Over the years, I’ve blogged a lot about Facebook and my back-and-forth use of it. I’ve quit and rejoined several times, and I’ve written against the social media network, especially amidst its many controversies. Now it looks like the decline of Facebook is official, but its demise has been and will likely remain distant.

On the surface, one convenient place online for everyone to hang-out, share photos, and chat sounds great. In fact, it sometimes is. Such a benefit, though, is not without substantial cost. While it has been common knowledge that using Facebook doesn’t cost people money, that’s been conflated with the social network being free. But it’s not, of course, since it costs people their time, data, and privacy among other things.

From beneath the surface, scandals, problems, and controversies have bubbled up over the years, most of them relating to data privacy, but there are other issues too. As recently as last October, Facebook faced public scrutiny over concrete evidence of making profit at just about any and all costs to the user. Yes, Facebook is a business – one that’s now called Meta – in which money is typically the bottom line, but that doesn’t negate the necessity of good business ethics.

All the negativity surrounding Facebook appeared to spread over the surface, like a crude black oil slick on the ocean, after the company’s recent earnings report, which subsequently saw the beleaguered social business lose about a quarter of its overall worth, with hundreds of billions of dollars disappearing instantly. That’s no joke. Perhaps most telling, though, was the first ever drop in active daily users of the Facebook app and website itself.

That fewer people like or use Facebook is no surprise. Anecdotally, in my own reduced usage of the social service, I’ve noticed that fewer of my friends use the site, and some that still use it are much less active there. Besides that, I’ve seen or read news reports that reveal a similar state, like the fact that people in the age of Gen Z simply don’t use Facebook. Many flock to rivals like Snapchat or Tik Tok. And while many use Instagram, a Facebook – I mean Meta – service, even that platform is seeing growth and usage challenges; the outside regulation drumbeat is louder than ever.

Facebook, now 18 years old, is in a state of slow decline. It will likely stick around for years to come, but I think it will be used less over time and become more obscure, irrelevant, or obsolete. On one hand, that’s not surprising; everything eventually finishes its course, one way or another. On the other hand, Facebook’s huge global scale, reach, and bank account often made it seem unstoppable, as though unassailable by scandal and impermeable to social entropy. Recent years’ worth of upset has proven otherwise, and its mortality appears confirmed. Like water dripping on a stone over time, Facebook is eroding, its social fabric unraveling.

People are resilient; they must survive. So Facebook users will dwindle and move onto other things. Whether or not those are better or worse is another story. Will it be Facebook’s – I mean Meta’s – metaverse? I seriously doubt it. For one, it’s too much like the hype around virtual reality in the mid 90’s. Worse, Meta’s metaverse is Mark Zuckerberg’s space. Nobody should be there. Leaving Zuckerberg’s Facebook only to join his Metaverse would be a bad move, like the proverbial jumping out of the frying pan and into the fire. That’s not survival, it’s self-destruction.