Pokemon TCG Is Ever Expanding 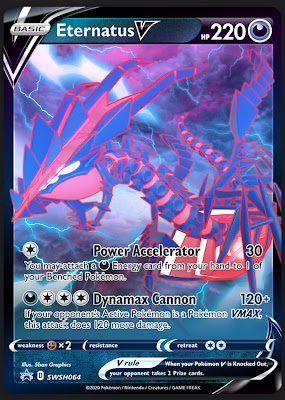 ...It's also ever expensive. A little over two years ago, I started playing Pokémon TCG with my family. During that time, numerous expansions were released, featuring new cards, new Pokémon, new abilities…you get the idea. Sometimes it only takes a single new ability to trigger an idea to create a new battle deck. A lot of money later, I’d take my fresh fighting strategy to the league and mostly get slaughtered by the veteran players.
Recently, the Evolving Skies expansion reinvigorated my Pokémon TCG habit. Before that, it was my Eternatus Dark Deck. It’s a signature new Pokémon from Sword & Shield, an awesome looking dragon. I bought two of the latest versions of its cards and added new Trainer cards to my deck, making it stronger than ever. It was a lot of fun to play for a while. Eventually, better players defeated me more and more.

It’s fun for a while. It’s also expensive. And now with so many Pokémon cards stored up in my bedroom, among other things, the space is very constrained. Besides limited space, I have limited time and money to invest in Pokemon. It competes for attention amidst my other interests, like video gaming. While hobbies are a healthy outlet for fun and creativity, I can only do so much.

I’ve been pondering the possibility of getting out of Pokémon TCG altogether, except for maybe some focused card collecting only. It would be a form of minimalism, wherein I eliminate one good thing in order to focus on — prioritize — the better things. No matter how trite, it’s still true: less is more.

I feel like I don’t have enough interest and availability to continue Pokémon TCG. It takes considerable overhead to organize the cards I have accumulated in just two years. On the upside, I have so many good ones now that, if I decide to liquidate some, I’d have a chunky wad of cash to spend on more interesting pursuits. 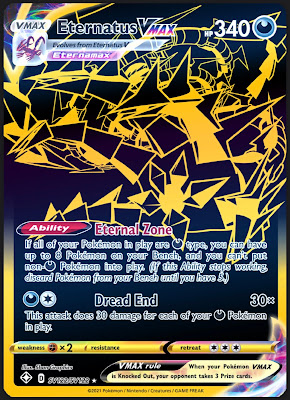 One sticky point to bailing out of pocket monster card playing is that my wife and kids are still into it. But if I decide to continue by only collecting a few certain Pokémon, then I’d still have my big toe dipped into the Pokémon pool, which would be enough to stir the pot and trade cards amongst my kids.

This is a thing that I think I should do, but it seems hard to do. It’s not the only hobby I had to quit in recent memory. I practiced Kyokushin Karate with my whole family for a few years and got pretty good at it. But two things transpired to end it: Covid-19 and my physical condition… The point is, I already know what it’s like to step back from a shared family hobby when necessary, and if I do it for the right reasons, then it’s for the best. At the very least, I’m sure I can downsize, which seems more reasonable than quitting altogether cold-turkey.

I’ll be thinking it over.
Topics: Entertainment