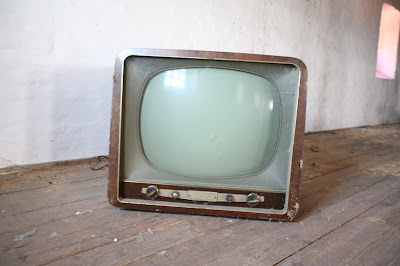 Are you already aboard the 4K train? You know, Ultra High Definition (UHD). Despite being a tech-nerd, I’m dragging my feet, content to live with HD quality videos. Why? Because, for goodness sake, it looks great already!
Maybe it’s because I come from a time when the best we had was VHS, which I think displayed something like 320×240 (or 640×480?) resolution on an interlaced TV. It was yuck! Yet it was color TV!

My family was late to the HD party by several years. The advantage: by then, HD was ubiquitous and easy to adopt. And it had dropped in price, becoming affordable.

That’s basically where I stand now with 4K. Sure, it looks stellar. But the costs are also sky high. Well, they are coming down I think.

The trouble is once you’ve invested in a blu-ray player, a new HDTV, and movies on blu-ray, you kind of want technology to stand still long enough to enjoy your investment.

Oh, and let me interject: the 3D movie fad…yeah, I never even considered it.

The next thing you know, marketers are telling you that you might as well be rubbing sandpaper on your eyeballs if you’re not watching glorious 4K stuff.

Now all of the sudden, you’ve got to buy another new TV. And a new movie playback machine. And new more expensive movies.

This is where things get more tricky than usual! Besides contemplating an upgrade to 4K, you must decide whether you’re gonna stick with physical discs or just go all digital. Either way, you’re gonna spend more money.

So I’ve resisted 4K for a few years now. I might hold out at least one more.

I recently realized a new factor. I enjoy video gaming on my Nintendo Switch. There are rumors that Nintendo is planning an upgrade for the Switch to play games in 4K! And, okay, I admit: I am much more interested in jumping on the 4K bandwagon with that prospect.

My digital wallet is starting to feel lighter already.

What do you think?
Topics: Entertainment