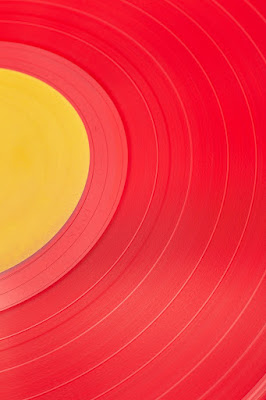 YouTube Music kicked Spotify’s tail. But it wasn’t a fair fight! That’s because YouTube, the video service, jumped into the ring. It took a lot to pin down Spotify for 10 seconds. In a future match, who knows? For now, my money is on YouTube Music Premium.

About a month ago, I decided to give YouTube Music Premium a full 30-day try. Go all-in!

So how’s that going? I’m sticking with it!

Spotify (Premium) was my music streaming service of choice. It’s great! It was the catalyst I needed to finally understand music streaming, helping me break free from my music library I held onto for years.

YouTube Music (YTM) is very similar to Spotify. There are only a few minor differences. One of those I happen to prefer is that YTM has a dedicated “Songs” list unlike Spotify.

There are two main reasons why I switched.

YTM is built-into my Android phone (can’t uninstall) and integrated by default with Google Assistant. Being all-in with Google, this makes sense for me. Third-party services have their place, but living on a first-party ecosystem (Apple is the gold standard) is best. The whole is greater than the sum of its parts.

The larger reason is the bundle option with YouTube Premium. For only $2 extra per month, I get YouTube ad-free on top of YouTube Music Premium. Nice!

At first, I thought having music videos mixed within YTM would be an ugly intrusion. But guess what? It’s not. In fact, it’s quite nice. Music videos are integrated in an elegant fashion. They’re present and available yet not obtrusive.

I also find a nice synergy between YouTube and YTM. Seeing my music playlists on YouTube makes their similarities consistent in my mind. I feel more connected to both YouTube and YTM. I’m sure this is by design. It makes the services more sticky. But that’s fine with me because I’m loving them both.

Sure, there are a few small downsides to YTM when contrasted with Spotify. The only significant one is not every official album on Spotify is available on YTM. Yet for every “official” song missing from YTM, they’re often found on YouTube itself. And since that is integrated, you can play any song you want almost always.

Whether you download or stream your songs, YTM is a great music subscription service on par with the premium level of Spotify.

I’d also say it’s comparable to Apple Music, but I’ve only tried that one for 90 days. Apple Music is available on Android phones, but I doubt the app and service works well based on app store reviews. If you’re going to use Apple Music, then you’re going to have an iPhone (like I did) anyways, right?

I have not used YTM long enough yet for it to learn my music tastes well. But based on my past usage of Google Play Music (which is being euthanized later this year), I trust Google’s eerily impressive machine learning will figure it out.

And if it doesn’t work out, I know I can always fall back to Spotify Premium.

It’s good to have a few great options.

What do you think?
Topics: Entertainment