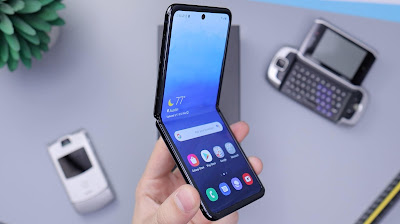 Do you think about what category your smartphone is in? Like, does it really matter to you if your phone is a “flagship?” Maybe that term doesn’t even register. You might be like, “Um, I have a Samsung.” Or, “It’s an iPhone.” Fair enough!
Well, I nerd out about this stuff sometimes, like when I switched from iPhone to Android about a month ago. After being in the market for a while and doin’ some prospectin’, I knew I wanted a “mid-range” or even a “budget” phone. Money still doesn’t grow on trees, right?

Maybe budget Android phones are ones with a Snapdragon 4xx series CPU, and mid-range ones are Snapdragon 6xx class, then flagships have the 8xx Snapdragons. That’s simple enough. Oh, but then what about the Exynos CPUs? And the MediaTek CPUs? Where would those fit along the spectrum of specs?

You see, it’s not easy to define neat little boundaries for phones. The lines between them are too fuzzy. You might be wondering what the point is anyways. Who cares about what classification or category your smartphone is in? It’s just a phone.

Well, nerds care. Tech folks, like me, with an affinity for gadgets geek-out about this sort of thing. But you probably care about it too, more than you might realize. At least I know I’m not the only one.

As it turns out, an author just wrote about this very thing! The article is on Android Central. It declares that the “mid-range” moniker makes no sense anymore and the way we categorize phones is confusing if not flawed. I both agree and disagree.

The author, Andrew Martonik, elaborates well on the nuances of smartphone specs, features, and costs. You know, all the things you and I consider when we think about buying a smartphone. The author is on-point when he talks about how the variety in phones makes it too difficult to neatly distinguish them into categories. He says,

“We’re just going to have to deal with the fact that there’s actually nuance in the comparison of phones that reaches well beyond grouping them into these big categories based on a couple of specs or features..." - Andrew Martonik

So how do we categorize smartphones and how is that flawed? It’s simply a 3-tier system of high, middle, and low. That translates to “flagship,” “mid-range,” and “budget.” These are the three buckets Martonik addresses,

Well, it’s not just tech nerds like me who categorize phones. It’s human nature to organize things, make sense out of madness, bring order to chaos. If there’s a pattern to something, however subtle or murky, humans tend to find it. And it’s normal to group similar things together. The trick is finding the small distinctions among the similar. If you do that well, then you’ll have clearly defined buckets, or tiers, for phones.

Of course, complexity makes this hard, like when smartphones overlap. For example, what does the new-ish term, “Value Flagship” even mean? So keeping things simple makes categorizing easier. And the 3-tier system is just right, neither too few nor too many categories.

So how should we distinguish the nuances of the mid-range smartphone segment, you know, so we can add clarity? Adding more tiers or sub-categories beyond the three we have would make the system more complex and disturb the balance.

We should stick with the 3-tier system, however muddy, because it’s the easiest for most people to naturally understand. We just need to remember that the categories are broad or general, so by definition there is nuance to make among the blurred tiers.

If we don’t simply accept this, we might need a Venn diagram to visualize our smartphone buckets. This would be fun for nerds, but normal people are just going to end up making two decisions when they buy a phone: is it a Samsung or iPhone? And what’s the monthly bill?

As Martonik astutely observed, beyond mere specs, a phone has other merits that appeal to people’s personal preferences. Brand plays into that too, thanks to marketing. But price is the bottom line. This is what people naturally weigh.

This gets back to why it is natural to classify phones purely by price. It’s reductive, maybe over-simplifying, but simplicity is a virtue, so you can understand why we do this.

Meet In The Middle

For most everybody, I don’t think it’s time to stop saying a phone is “mid-range.” Just keep in mind that the mid-range is a range; it’s a broad and general category. And that’s okay. Some phones overlap; no big deal.

For us tech nerds who like more distinction when organizing, I get it. Our 3 pound brains want some clear lines! We want to define absolute categories. Every tech thing should fit neatly into a single place, like ones and zeros in a computer. Then our analytical minds will be satisfied. So until the smartphone buckets make more sense, we’ll keep writing articles like this.

Maybe it would help if we stopped calling our smartphones phones and instead just called them computers.
Topics: Computing
Newer Post Older Post Home