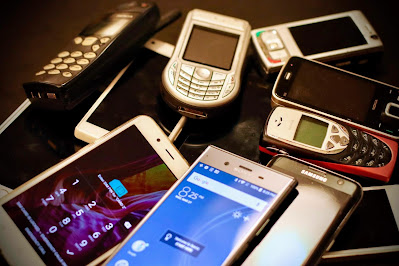 When you buy meat at the grocery store, you check the expiration or “best used by” date. Nobody wants something that will go bad too soon; that’s a rotten deal. Likewise, technology has an “expiration date.” At some point, your tech becomes obsolete. Smartphones in particular have a “best used by” date. This problem needs a fresh solution.

Tech company Motorola has been on a roll lately, launching one smartphone after another. A few months ago, it was the new Razr smart-flip-phone. Last month it was the Moto G Stylus and Power. Then Moto announced their re-entrance into the traditional “flagship” market with the Moto Edge+. It’s the newest 4-figure phone you can go into debt for.

But the real cost of living on the Edge, according to JR Raphael at Computerworld, is more than those mere 4-figures. In a recent Android Intelligence article, he astutely decries the new $1,000 Edge+ for what it lacks: sufficient updates. The fancy new moto phone has one and only one update after you buy it! Like expensive sirloin that’s starting to turn gray, the Edge+ has a “best used by” date on it.

Overall, I agree with JR’s sensible position. Android phones should have several years’ worth of software updates, especially these days when phone hardware prices are sky-high and quality is so good. These phones can last a long time. But without adequate life support via software, smartphones are subject to premature demise.

The Android smartphone market has suffered the early expiration issue for years. But there has been effort to correct this: Android One. In defense of Motorola, it has been part of the solution by participating in the Android One program with their Motorola One phones. As of this writing, the motorolaone and the motorolaoneACTION phones are still receiving up to 3 years of OS updates or security patches.

But this does beg the question, why can’t the new Motorola Edge+ for $1,000 also be guaranteed to receive at least 3 years of software support? Motorola should not be singled out here either; the question applies to all Android manufacturers and should apply to all Android smartphones regardless of selling price.

Speaking of price, buying a low cost Android smartphone is a way around the early expiration problem. These days, despite being low in cost, Android phones are high in quality and have most of the features that most people need. Being so affordable, by the time they’ve passed their “best used by” date, it is feasible to upgrade the hardware in order to get the latest software and avoid obsolescence.

Along those lines, Matt Hanson at Tech Radar said it this way:


“If you are looking for a new smartphone, and you’re concerned about getting a bad deal, there are at least some things you can do. There are some brilliant mid-range phone deals out there – so if your phone is only going to last you a few years at least you won’t have spent a fortune on it” - Matt Hanson

This is the route I’ve taken. Switching from iPhone to Android, in April I bought a great phone at the frugal price of $249! And it’s from none other than Motorola. I figure that I will want to get a new phone in about 2 years, so I won’t miss out on the newest operating system and my security won’t be out of date. Besides, I’ve used older phones that no longer were updated and you know what? They were fine. “Expired,” technically, yet they kept working well enough.

In fact, while it may not be the best course of action, “no updates” can be a feature and not necessarily a problem, from a certain point of view. It means your smartphone would be more like an appliance. The benefit of lacking updates is avoiding change, because change is hard. And the saying holds true: if it isn’t broken, don’t fix it. Some folks prefer their smartphone to work the same as when they first became accustomed to it. Even iPhone lovers get upset when Apple decides to move the usual location of an icon.

Some smartphones get a longer software life than others, so it’s worth your time and money to consider those first and foremost. But if the exorbitant price tags are a sour deal, then a low-cost Android phone is frugal, feasible, and maybe the freshest solution on the table.
Topics: Computing
Newer Post Older Post Home