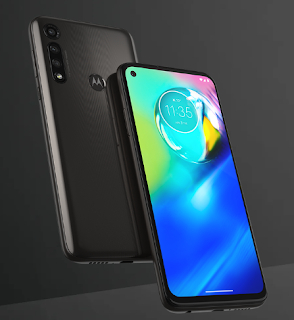 At long last! Motorola’s newest mid-range and budget-friendly phones are being released in the US soon – April 16th to be exact.

First announced on February 7th with a great price of only $250, and no release date mentioned other than “Spring,” I’ve been eagerly anticipating the Moto G Power hitting store shelves. Of course, this was before COVID-19 became a real problem in the US and practically closed almost all stores.

Nevertheless, today I pre-ordered the Moto G Power from Best Buy for delivery to my house. This way, I can avoid public exposure to any viruses threatening mankind at the moment, further strengthen my introversion, and finally quit waiting for this phone, and my switch to Android.

But this is just a mid-range Android phone; what’s the big deal?

Yeah, no biggy, right? Well, it’s one more purchase to keep the economy stimulated. It’s also a way to keep feeling normal amidst sheltering-in-place. It’s not like time itself has stopped, and technological progress is still mostly underway. While feeling hindered at home, the world still progresses in some way.

For me, I’ve got a nearly 4 year old iPhone 7. Although it works great to this day, I’m a tech geek ready for an upgrade.

Software wise, I’ll be switching from iOS to Android, which is not too big of a leap. I’m already fully on-board in the Google App-o-sphere. And I also rely on third-party apps that work on both Apple and Google phones. In any case, it’s nice to have new options.

Hardware wise, the Moto G Power offers several big advances over my trusty iPhone 7. Besides a much larger display, a longer lasting battery, a headphone jack, and no unsightly notch, the main improvements I’m focused on are the cameras.

The iPhone 7 has one lens. It’s a very good one too. But the Moto G Power has 3 lenses: wide, ultra-wide, and macro! With that combo, you get 4 new capabilities: equal or greater photos, portrait photos with bokeh (background blur), super close-up pictures of life’s little details, and super-wide images catching the whole scene. For a shutter-bug like me, this is some awesome stuff.

I mean, come on, a MACRO LENS on a phone! Yeah, it’s got a low resolution, but it still opens up a new level of creativity with close-ups. It’s like when Instagram first came out and only allowed square photos. Sure, that was a limitation, but the app itself opened up new possibilities, and the limitation actually pushed creativity in new ways.

Overall, I’ll close this by kind of reiterating some basic Android phone benefits: affordability, flexibility, and variety when it comes to phone choices. And now, with the Moto G Power and Moto G Stylus appearing in two weeks, you’ll have at least two more very good options.