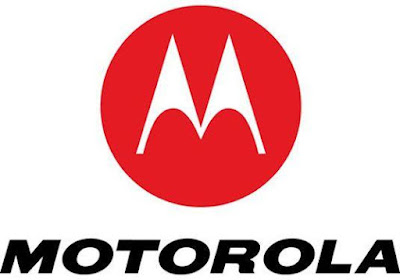 You, readers and bloggers, have either an Android smartphone or an iPhone, unless you’ve chosen an old-school classic “dumb” phone. In the US, there’s about a 50% chance that you have an iPhone right now. That’s according to a research site I ran into while sheltering and surfing in place. It also revealed more.

Counterpoint Research shows that US market share for Android and iPhone is split down the middle. Anecdotally, I’d say in my neck of the Texas woods that seems about right. And as for myself, I’ve used both iPhone or Android for years. I’m about to switch again, this time from iPhone back to Android.

Now of all the makers of Android phones, a few stand out. Like Samsung. There’s probably greater than a 50% chance you’ve heard of them! But who else have you heard of that makes Android phones? You might be able to name one or two.

The fact is, as far as US market share goes, there are only 3 total Android makers that garner specific attention. Besides Samsung, there’s LG and Motorola.

In a small Texas town, there’s a couple – my parents! – who each have Android phones. One is an older LG model. And the other is a Moto G4 – my old phone! How’s that for anecdotal evidence?

I bring it up because it so happens that the Android phone I’ve chosen to switch to from an Apple iPhone is not a flagship Samsung device. Nor is it an LG flagship. A pure Google Pixel phone would be nice, so would a mid-range OnePlus phone. But it’s not those.

My pick is the new Moto G Power, which is not out for a few more days. I would have chosen the Moto G7 from last year – a highly rated mid-range phone per several sources here, here, and here -, but the new gen. 8 Motos are worth waiting for. You get more Moto for your moo-lah.

While Android has half the US smartphone market in its own pocket, the story is greater overseas. Outside the US, Android commands a large lead with far more market share, about 85%, than Apple’s iPhone, about 15%. I think the reason for this is simple economics. Apple makes devices for the upper segment in pricing. But Android manufacturers make phones for all segments: high, middle, and low end.

What I really like is that the Counterpoint Research shows Motorola grew in US market share over several quarters, from 2% in Q2’17 to 8% Q4’19. My theory as to why is that more and more people are leaning away from the flagship phones that have pushed up into the 4-digit price point. Smartphones are so good these days that mid-range or even some budget Android phones are “good enough” or better.

The other good news is that Motorola/Lenovo is one of the 7 top smartphone makers with enough global market share to be called out specifically percentage and unit numbers wise. This should not be surprising. Who else can say this?

I loved my Moto Q feature phone years ago. Enjoyed my Moto X and Moto G4 Androids. Soon, I hope to benefit from the Moto G Power. It’s a brand that has received attention with accolades in the mobile phone space for decades. Its most popular phone ever was, I think, the Moto Razr, a classic flip-phone. So while Motorola has been more popular in the past, Moto still has mobile phone mojo.
Topics: Computing
Newer Post Older Post Home