Keep Is A Keeper 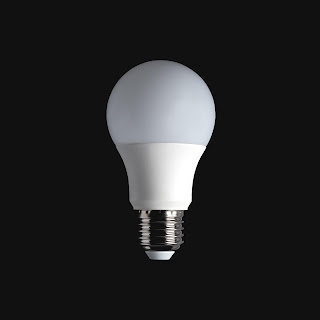 What do an elephant and a light bulb have in common? They’re both logos for jotting down your thoughts to help you remember or process them later. There’s much good to say about writing notes by hand, but if you’re into digital note-taking, then there are several good options to talk about. The one I wanna focus on is Google Keep (the light bulb!), because as much as I like Evernote (the elephant!), I keep coming back to Keep (you know I had to do that).

Last year when I ditched my iPad and switched to Chromebook, I upended my workflow. I had used Apple Notes and Ulysses to write all my “stuffs.” Both were great, but they were pretty much Apple-only. And when you go Chrome, you’re going Google…

The first obvious new choice for my notes was Google Keep. But its differences from most digital notes apps made the transition uncomfortable. Or maybe not noteworthy. So, for journaling, I ended up settling with Journey. And for the rest of my note-taking, I landed on Evernote. I was so enamored with Evernote, I blogged about it!

After the shiny newness of Evernote wore off, I began to encounter some challenges. First, as I wrote my draft of a Novella for NaNoWriMo, I had quite a bit of frustration with simply typing into the Evernote web app. The cursor would jump randomly and inexplicably to the top of the page or seem to disappear for a moment. My flow of writing would derail. After this happened across many days, my confidence in Evernote’s reliability was shaken.

The other thing about Evernote that trips me up are the multiple interfaces. The web interface has three possible setups: an old one, a new “Classic Editor” one, and a beta version of that. Then there’s the Android app sprawled out on my Chromebook. Finally, there’s the iPhone app version. Not only do they look quite different from one another, they do not have feature parity! One version will have “word count,” for example, but another won’t. So I had trouble sticking to one version.

Over several months of using Evernote, Google Keep was ever present on my Chromebook and iPhone. For certain types of notes, Keep works best. Mostly, it excels at short temporary notes like digital Post-It notes. Also checkbox lists! That makes Keep sticky. It’s simplicity gives it utility. So I kind of ended up using Keep and Evernote, plus Journey, to record my thoughts. Of course, I also use Google Docs for blog drafts. This spread of apps and services is a bit much.

I don’t know if it’s Keep’s simplicity or something else; somehow I kept getting drawn to it. Weird? Maybe. But true. Keep’s simple interface is totally consistent across my iPhone and Chromebook: web app, iOS app, Android app. And although Keep is simple, it has some super handy and powerful features. But maybe the biggest advantage it employs is its omnipresence – its integration into Google’s other apps.

When in Google Calendar, or Gmail, or Docs, you will also find Keep. Off to the right side, in a consistent and persistent slide out column, Google Keep’s notes appear. You can read or copy text from them and vice versa. One surprising ability lets you save an email from Gmail into a Keep note as an attachment. One more great feature lets you automatically turn your Keep notes into Google Docs. Like I said, super useful stuff!

So I found myself at a strange yet not surprising switch on the track. Stay on the Evernote train, or go all aboard the Keep locomotive. Using both is simply too much for me. I need simpler. And while Google is notorious for killing off some of its products or services, I believe Keep has proven to be an indispensable part of Google’s platform and is here for the long haul.

The Evernote app is still on my iPhone and Chromebook. But I’ve slowly started to transition fully to keeping all my notes in Keep. But it’s hard to let Evernote go because it still has many strengths. Yet this is what I do. I try different techy things, I rely on some for a long time, then I switch things up, keep things fresh. For now, Keep is a keeper.
Topics: Computing
Newer Post Older Post Home