eReaders Are Not Dead 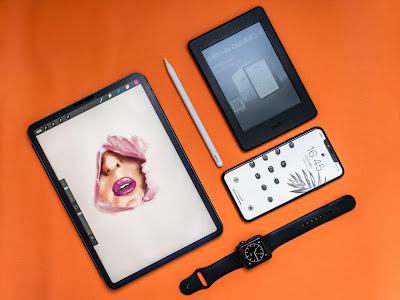 An intriguing question popped up from the Good E Readersite this week. It asked if tablets (the iPad…) killed eReaders. This, of course, piqued my interest. The iPad was my primary computer, and I love my kindle. But there’s a bigger question begged here. Are eReaders dead?

The first question, did iPad kill eReaders, seems to suggest eReaders are dead and that now we’re just wondering who or what to blame. It also suggests there’s only one factor involved. I don’t think it’s meant to suggest either of those; things are not that simple. But it got my brain’s gears turning.

The eReader, like the tablet itself, is not dead. Their initial growth has dwindled, and compared to tablets their market share is smaller. But eReaders are not extinct. Like the tablet market itself, some say the tablet is dead, except for the iPad. While fewer companies still make eReaders, Amazon cranks out the kindle in various versions regularly. The kindle is to the eReader market as the iPad is to the tablet market; they are the market! Also, eReaders are very simple devices, so they last for years, which slows sales or upgrades.

I agree that the growth of the eReader market was stunted by tablets like the iPad. But it’s obvious that the thriving smartphone, specifically the phablet, is the true culprit that squelched eReaders. The omnipresence of the smartphone means you always have a device in your pocket to read eBooks. Plus you can read eBooks from multiple vendors or stores by using their respective apps.

No, the iPad did not kill the eReader. Nothing did. The iPad was my computer for over a year. I enjoyed Apple Books and its latest advancements too. For a while, I experimented with ditching my kindle to read only on my iPad (or iPhone). But in the end, I sold my iPad, and I later re-embraced the superb eReading pleasure of my kindle paperwhite.
Topics: Computing, Reading
Newer Post Older Post Home