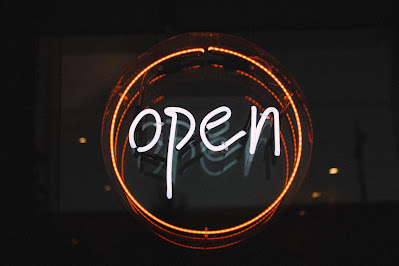 Well, guess what? You might finally be able to automatically have your iPhone just open links in the Firefox or Chrome web browser – what a feature! The Verge published a great editorial about potential changes coming to iPhones; Apple may actually loosen their third-party app restrictions. Well, at least maybe a little bit. I’m already looking forward to enjoying any third-party app or feature by default. But it won’t be on Apple’s device. I’ve already decided to trade my iPhone for an Android phone.

Freedom Should Be Default

The Verge article linked above was a nice balanced piece, citing specific details as to what you, the user, can or cannot do on an iPhone. It also included examples of some of the freedom you have outside of Apple’s “walled garden.” That digital freedom is what I’m anticipating.

Veteran Apple writer at Daring Fireball, John Gruber, supports iOS becoming more flexible, which may suggest these changes, to some extent, are indeed in the works.

Although Google may be under much scrutiny for antitrust practices and the like, they at least have allowed Android to be open to third-party developers in ways far more flexible than Apple’s iOS platform. Even though the Chrome browser is pre-installed on Android, you can easily install Firefox, for example, and do the thing iOS has never allowed: make Firefox the default web browser.

There’s another example I’m eager to embrace. This one is far more personal to me. My chosen eReader and eBook supplier for years has been the de facto standard: kindle. And I’ve been shopping online at Amazon since at least 2004! But to this day, I can’t simply buy a kindle ebook in the kindle app on my iPhone. I can’t even buy it in the Amazon app! Instead, I must open the web browser, navigate to Amazon.com, login, and buy the ebook there.Photo by Finn Hackshaw on Unsplash

And I’ve done this plenty of times. Apple’s restrictions or overbearing rules are not preventing me from buying an eBook outside of their own Apple Books app. And it’s not making me relent and switch to Apple Books for the sake of convenience. Instead, it causes me frustration. Whether Apple blocks eBook purchases in other apps or levies a tax that Amazon refuses to submit to, the result is the same. I, the average user, get dismayed (not delighted).

It may seem like a small thing to some. But it’s one of the little details that I’m very eager for. I can’t wait to open the kindle app on my future Android phone and just buy a book, right in the kindle app, without any roadblocks. Talk about delighting the user. So simple.

What else? How about having Google Assistant as default instead of Siri?! Seriously, there have been surveys or reports…Google Assistant is objectively better than Siri overall. And in my personal experience, I definitely find this to be consistent.

I could elaborate, but I think you get the idea. Maybe Apple opens up a bit, maybe they don’t. No worries. I’m movin on to Android where openness has been established. (Yeah, “open” to some triggers feelings of “insecure” or “not private”…maybe I’ll blog about that in another post.)
Topics: Computing
Newer Post Older Post Home