The Social Pressure Is Getting To Me 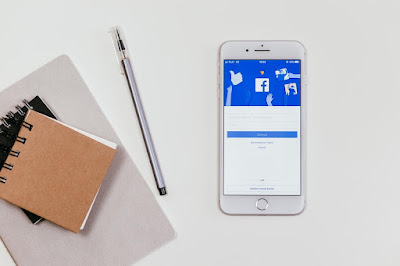 Alright, I’ve got a bit of a confession. After deleting my Facebook account almost 6 months ago, I started feeling drawn to rejoin. Perish the thought! I’ve already admitted to the cycle I have, like bouncing back and forth in an unhealthy relationship. So I think I need an intervention. Will the cycle ever end?

The Network Effect Of Everyone

I have not rejoined the world’s largest social network. Yet. I’m resisting the pull. But I can’t help wonder why this urge returned. It’s a little perplexing yet not surprising. Just, why?

I have good reasons to not be on Facebook. And I think some of them apply to everybody. But though I can articulate them in writing, as I did here, I find it harder to tell someone face to face why I’m against Facebook or why it’s so off-putting and should be avoided by all.

I feel like capitulating. Like, everyone is on Facebook. Not only that, there are some bonafide good uses of the platform simply because everyone you know is there. I’m talking about Groups and Pages and Marketplace. The network effect is real.

These three examples of Facebook’s utility are not unique. Elsewhere, the internet offers similar options that provide the same features. But honestly, I don’t know of any that are better or easier to use. And even if they are, they lack the greatest feature: everyone.

Even though everyone is on the web and therefore can connect, those connections are separated across various websites. So connecting requires juggling multiple accounts and log-ins (unless, of course, they provide the Facebook log-in). The point is, different websites that offer different Facebook-like utilities are separate. But Facebook easily connects everyone on the web in one central place.

The One Place To Rule Them All

Like an existential rule, it seems that there had to be that place: the one website online where all people could unite, connect, and network together (ironically, that union has also surfaced and reinforced much division). Social interaction defines humanity; relationships! Other websites (Friendster, MySpace, and more) were built on this fundamental trait. It’s just that Facebook was able to take off. Right place, right time I guess.

If the internet is a connected web of everyone spread across earth, then like a modern day digital Tower of Babel, Facebook is the defacto site for everyone online to come together, for better and for worse.

The network effect is what compels me to rejoin Facebook. Practically all my friends, family, and acquaintances are there. (Just this week, a co-worker asked me if I’m on Facebook – that never happens – what a coincidence!) And though I’ve lived totally without a Facebook account several times, the truth is I’m unable to escape it altogether. Like pumpkin spice in Autumn, Facebook is everywhere.

It’s in my house. My wife’s use of the social network remains stalwart. Through her, I am informed of daily life stuff via Facebook. Also, I see how it benefits her. And honestly, I don’t see much consequential detriment to her personal usage of Facebook (other than the negative drama that gets posted sometimes). As for sucking a lot of time, I can’t talk. I use Twitter as much as my wife uses Facebook. Guilty!

By nuking my Facebook account from orbit, have I cut off my nose to spite my face? Other questions have come to me: am I “too good” for Facebook? And is my personal boycott of the platform benefiting others or advancing a good cause? Am I just being a Facebook-hater? These are good questions that deserve good answers.

Here’s a situation that affects my decision to rejoin Facebook or not. I have a vacation coming up with both immediate and extended family members. We’ll be taking a lot of pictures! Naturally, after the trip, we’ll want to share those photos with each other. So where will that happen? There are several good options, but the easiest and practically the best place to do that is on Facebook.

Another scenario that makes Facebook compelling is that I have a family member who lives overseas and is active on Facebook. We seldom email each other, so Facebook is the strongest way we can stay connected with text updates and photos. This is hard to resist sometimes.

There’s more weirdness. Since I have deleted and rejoined four times, what will my friends and family think if I rejoin again? Will they be glad to see me there? And will others keep me at a distance, expecting my cycle to spin around to deleting again? These questions spawn a meta-query: why am I wrestling with such social anxiety? It’s just a website! Right?

So what will come of this? Despite the pull to rejoin Facebook, I’m not totally comfortable with the idea of being tallied in the census of the world’s biggest digital country that is controlled by one idealistic man who is also trying to create a new global currency. The size and power of Facebook and its influence are disturbing, and the Libra initiative is foreboding. I’m wary of the whole thing.

But Facebook is, frustratingly, like a utility because of its network effect. I think my back and forth tug-of-war will continue. Maybe it will be a stalemate. Is resistance futile? Is rejoining and reestablishing a love-hate relationship with Facebook inevitable?