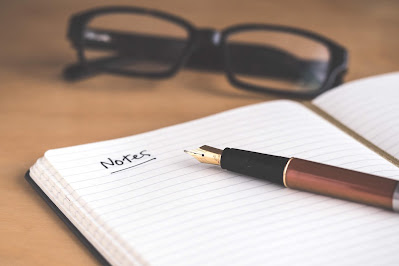 Is it possible to geek out about notes? Would that be nerding out instead? Either way, as I like to trek through tech, I look for the best solutions. Many companies offer apps, services, or entire ecosystems. One that is the epitome-of-noteworthy is Evernote.

This month, I re-discovered Evernote. The last time I really used it was 2014. Since then, I’ve relied on first-party apps: Apple Notes or Microsoft OneNote or Google Keep. I’ve switched between these over time, depending on the main computer I was using. (I’ve tried Simplenote and used Ulysses too.) They’re all great in their own ways, having pros and cons.

But Evernote sticks out. Unlike the big-three, it’s a third-party solution from a company dedicated to the task at hand: note taking. It’s mission is a singular focus on using notes to organize your life. This is Evernote’s expertise.

Also, I’ve been fond of the green elephant for a long time.

Being a blogger, writer, and thinker, I love jotting down or typing up what’s on my mind. It gets my thoughts out of my head in front of my eyes to see. It’s a satisfying process of organizing my brain.

Simply put: I note my notions.

The first thing that surprised me when I started trying out Evernote recently was the interface. It’s much cleaner and leaner than years prior, yet I found all the tools and features one might want. It’s polished now, and as I began using it, I noted (ahem) how easy it is.

Evernote uses a simple folder (called Notebooks) plus tagging system for organization. You can even have Stacks of Notebooks. To me, this makes a lot of sense. I’ve used apps that employ only a folder system and apps that utilize only tagging. While simplicity is a virtue, Evernote gives the option of both. It’s neither too little nor too much.

One of Evernote’s most impressive features is the Web Clipper. The thing is awesome! It’s easy to add it to your web browser. What I love about the clipper are all the options to share anything on the web to Evernote with precision and ease.

Let’s say you’re doing research online and find an article with a quote you want. You can grab the whole web page, just the quote alone, or simply bookmark it, to name but a few options. Then, without leaving the web page, you can file the content into any of your Evernote folders, tag the content, and add remarks to it. And this all takes place inside a simple elegant drop down window in your browser. It’s incredibly useful and well done!

All that is cool. But how reliable is Evernote? Can you trust it with the fruit of your mind? To that I can say in the span of about 10 days, I’ve added over 100 notes into various folders with tags, links, web clips, and have applied some text formatting. And I’ve done this on the iPhone app and both the Edge and Chrome browser on different computers. So far, everything has been syncing flawlessly.

Finally, one of my biggest reasons for relying on Evernote is because it’s cross-platform. Being a third-party service that works on the web and in smartphone apps, I can use it in Apple-land or in the Google-verse, for example. Evernote is cloud-first; I like living in the clouds.

Note To Future Self

I’ve jumped onto different note-taking platforms over the years. I gravitated towards the built-in notes app on whichever device I had because of its system-level integration. The default app is the easiest to choose and use.

Now I’m hoping and planning to stick with Evernote for the long haul since I can take notes on any device (iPhone, Chromebook), and because it has shown much improvement over time. Evernote will likely stay great or become greater.
Topics: Computing
Newer Post Older Post Home