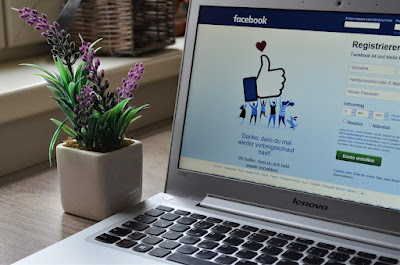 Alright, guess what? Six months after deleting my Facebook, I rejoined. Again. Resist no more; I’m gonna give this relationship another try. And next time I get moody and sour on The Social Network, I’ll deactivate instead of deleting. Because I always return. So why did I cave in once more?

As I wrote last week about the social pressure getting to me, I had two options: Return-Rejoin-Refriend or Resist-Refuse-Retreat. The reasons for signing back up for Facebook are simple. My friends and family are networked together and benefit from the convenience of social utilities: Marketplace, Groups, Pages.

My Kyokushin Karate class has a Facebook Page; no other website exists. I missed out on some engagement there.

Our local Pokemon League has a Facebook Group. When not playing at league meet-ups, my wife enjoys info shared in the Group online. I’ve missed out on that.

And I love the Facebook Marketplace. I’m a sucker for value and amazing deals on gently used stuff that people I’m connected to are selling or buying. It totally replaces Craigslist for me.

Another draw is being able to stay in touch with family living overseas. We email, but not much. There’s more staying-in-touch on Facebook with photos and posts and such. I’ve missed that too.

Those are just a few examples; there are more! Practically, everyone is on Facebook. Most of all, my friends and family are there. It’s the easiest way to share photos with them.

I explain this more in my blog post from last October. It sums up why I am rejoining Facebook again.

To see how cyclical my Facebook relationship has been, first joining 10 years ago, here it is for the record, so far:
Each time I deleted my account (never just deactivated), I only stayed off Facebook for 3 to 6 months. Through all my back-and-forth, my wife has remained on Facebook for 10 years, despite all the privacy woes and the like. She’s never been hurt or hacked by it. Instead, I’ve seen her benefit and enjoy it overall.

I know Facebook is not without its flaws. I’ll focus on the positives and be careful to view the bad in the balanced light of the good. Granted, there will likely be more data breaches, security scandals, and privacy problems. And I’ll probably grow tired of the memes and melodrama. Cat videos, though, I could use more of.

Facebook has the market cornered on connecting online with people I care about. It has its upsides! So instead of beating Facebook, I’m joining.

Extra: Do you remember the movie The Social Network starring Jesse Eisenberg? I love that movie. I think I’ll watch it again to commemorate my return to Facebook. Is that cheesy or dumb? Well, I do that sort of thing sometimes. I’m one of those weird human persons, ya know?
Topics: Social
Newer Post Older Post Home