What About Green Texts? 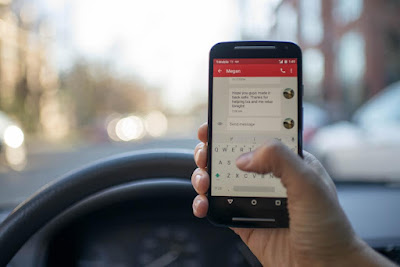 The iPhone is very popular, so a whole slew of people chat with the iMessage app. I often hear that it’s one of the biggest reasons for “platform lock-in.” That’s to say, many folks don’t or won’t stop using an iPhone because they’re chained to iMessage. But I don’t get it.

In the tech sector, iMessage lock-in is often described as blue bubbles versus green bubbles. Why? If a person using iMessage receives text in a blue text bubble, then the sender is also using iMessage. But if it’s green, that means the sender is using an app that is not iMessage, which most often means they’re using Android instead of iPhone.

So what’s the big deal about that?

As blue is to sky, green is to grass; they’re both pleasant colors. So it can’t be the color itself but what the color means. Still, I don’t see a real problem. So what if someone sends text from an Android phone? There are only two reasons I can think of. The first is petty. The second is important.

The petty reason has something to do with status. There seems to be an air of superiority among some people who prefer iMessage and iPhone over Android and whatever pathetic chat app is used. It’s as if not only the hardware and software are inferior, but so is the person who happens to use it. I think this attitude is found in more immature people.

The important reason I can see for making a good distinction between iMessage and other chat apps is about security and privacy. iMessage texts, by default, are encrypted on the inbound and outbound side. This means whoever (the NSA) intercepts and collects your texts should not be able to decrypt and read your messages. For more on how this works, read this article.

iMessage is encrypted; that’s a nice feature. But despite how good and reliable iMessage is, it’s not perfect. Personally, I dislike how full of stuff it is. It has too many options and features and sub-menus and screens to access more stuff. The balance has been tipped from simplicity to complexity, which detracts from delight in it.

Now there is more reason why iMessage lock-in is a thing. A recent Fast Company article details some technical and related social reasons that are more important than petty. Basically, a non-iPhone text message that is sent to iMessage reduces its rich experience and, to some degree, limits functionality. Still, while there’s some merit to these reasons, I think they’re just inconvenient and a dent in luxury. In other words, no big deal.

And for more on the default Messages app on Android, check out Google’s info page here. I don’t think it is encrypted at all. Some chat features are limited compared to iMessage, but those are just bells and whistles to me. They’re nice to have, not need to have. Just give me letters and emoji and I’m good. Okay, I like the occasional GIF too, but it’s not a deal breaker if missing.

So there are some reasons and my thoughts about so-called iMessage lock-in. If you send me a text and it comes in green, that’s perfectly fine with me.

Actually, what I really would like is to have what was once found on Android Messages. It used to let you change the color of the message bubbles based on the color of the contact. I loved it! My wife was all purple, my dad was red, and I was orange; it all looked very cool!

It would be more important, though, if Android Messages was encrypted like iMessage. Google, telecoms, and the NSA are collecting our texts and metadata, destroying any semblance of ambient privacy. Not good.

But hey, as long as we all get those GIFs, right? Color…encryption…just give us our emoji.
Topics: Computing
Newer Post Older Post Home