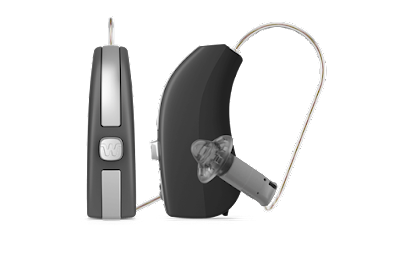 Last Friday, I saw an ENT Specialist in Audiology for my Tinnitus, that persistent and potentially maddening tonal plague inside my head, like a scratch you can’t itch. And something happened that I did not expect. I was prescribed hearing aids to try out. Talk about different!

I first did the normal procedures: answer general questions about my hearing and health history, then run the gauntlet of hearing tests. The results were “good’ since they were mostly consistent with my results from January this year. That said, my mild to moderate hearing loss in my left ear is worse than before. And my tinnitus is the same and worse at times.

Nevertheless, I was surprised when the doctor prescribed hearing aids! Then I felt some shock or disbelief. Like, this can’t be happening to me; I’m too young! To me, there’s a stigma with hearing aids, as if they’re only for really old people or for those with other disabilities.

There was even a moment when I felt like tearing up with sadness inside. Psychologically, I’m just not suddenly prepared to accept a life dependent on devices meant to provide a natural function I’ve taken for granted for over four decades.

Afterwards, I felt disoriented and conspicuous wearing them. I’ve got these things on my ears and inside my ear canals. Just putting on my sunglasses was awkward since the arms that hook onto my ears overlapped the hearing aids discreetly hiding atop my dumbo flaps (ha!).

The disorienting part was the new soundscape. Basically, all human voices, including my own, sound like they’re in a barrel. And they’re louder. For the most part, it’s fine in an otherwise quiet room. It’s super easy to hear people talking. I even find I don’t have to push my own voice with effort. Not too bad. But all the other noises!

Talk About A Tech Tool

Okay, now let’s get techy. From a pure standpoint of nerding out on hearing aid tech, I’m impressed by my demo pair of Widex A/S Beyond 440 hearing aids.

They first get set-up by the doctor, custom tailored to my particular aural challenges. They call it the prescription and it becomes the universal setting of the aids. For me, the purpose is to boost the low frequencies I have trouble hearing, mostly in my left ear, and at the same time amplify all sounds to help overpower or mask out my tinnitus. Over time, the masking should help my brain “tune-out” the ringing.

To help me adjust, I can tweak many settings of the aids to optimize sound. One mode I like, Zen, targets the tinnitus by mixing white-noise with ambient noise and letting me change the mixture. So when my tinnitus is louder than usual, I have the option to drown it out by increasing the white-noise.

Hearing loss? There’s an app for that!

You control the hearing aids through an app on your smartphone, which is really cool. For now, most hearing aids only work with bluetooth direct using an iPhone – thankfully that’s what I have now. But I’ve been thinking about switching over to Android. The good news is that Android is now starting to gain the same direct wireless hearing aid capabilities as iPhone; I wrote about that recently. 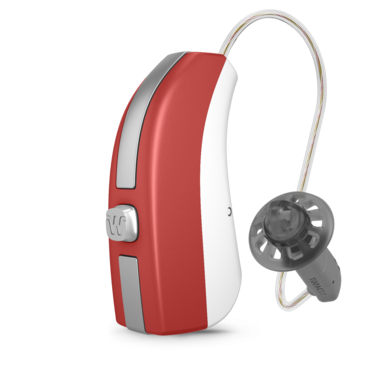 The app lets me tweak highs, mids, lows, volume for each left and right channel, and the amount of mixing ambient sound plus streaming audio. This tech makes me feel like I have bionic ears! It’s geeky-nerdy to me, yet also off-putting because it’s so different.

The hearing aids also act like AirPods or other bluetooth earphones, letting you stream music or podcasts directly from your iPhone! It’s surprising and impressive how well the iPhone integrates the controls for the hearing aids in accessibility settings. And besides the Widex app, other audio apps are compatible like Music or Podcasts.

Even though each hearing aid is connected via Bluetooth, I was also able to connect my regular Bluetooth headphones at the same time on my iPhone 7! They’re the big over the eartype so they fit; I could listen to music from my headphones through the small hearing aids behind my ears and inside the canals. It was the only way to get bass.

Of course, your phone calls also stream directly to your hearing aids. They become like the ultimate bluetooth headset because they’re nearly invisible from all angles. And sound quality is very good.

Finally, these hearing aids use traditional batteries, lasting about a week. If I were to live with them, I would get the rechargeable version.

Despite the utility of the hearing aids, I’m not ready to live with them. I hope my hearing never deteriorates far enough for me to need hearing aids. But if it ever comes to that, thankfully, I won’t have to suffer from not hearing the most important sounds of all – the voices of others.
Topics: Computing
Newer Post Older Post Home