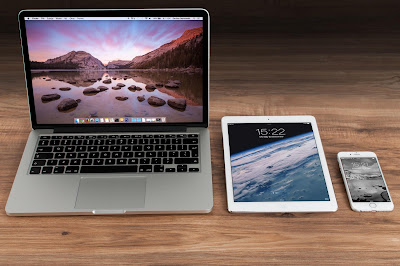 Some have said the tablet is dead. Others thought the tablet would replace all traditional computers before it. Steve Jobs said Apple thought there was enough room in the middle, between a smartphone and a laptop, for a tablet to not only exist but to excel. I say that space has become too tight; the tablet is being squeezed out.

Tablets are not extinct. They’re great devices that serve niche use cases, much like Steve Jobs said – they’re far better at a few key things. Lots of people love them and use them regularly, based on Apple’s quarterly reports; they sell a lot of tablets!

But tablets are an endangered species. The iPad is almost alone, a unique product, above and beyond a mere tablet. Other than iPads, tablets are rare. Android tablets are all but extinct!

I see two reasons why “the tablet is dead.” Well, not all dead, but mostly dead (like Miracle Max said.) They are: the smartphone and the laptop. These two things, which the original 9.7 inch iPad was supposed to fit between, squeezed the tablet out. And it starts with size.

The iPad debuted at 9.7 inches in screen size. Not too big, not too small for a tablet. But then the iPad started shrinking (iPad mini) and later growing (iPad Pro). It’s size fluctuated. Also, Android tablets first saw real success by going mini (Nexus 7). Size matters.

An I.T. specialist and writer, Kevin Tofel, promoted and predicted that the 7 inch tablet would kill the teeny-tiny smartphone and should replace the big-honkin’ 9.7 inch tablet. Why? Because 7 inches is the sweet spot between the 4 inch phone and the 10 inch tablet: (4+10)/2=7.

Here’s what Kevin Tofel says on his LinkedIn page:

“I’ve been blogging and writing on mobile tech and smart home technologies since 2003. That effort contributed to influencing Apple to create the iPad mini after Eddy Cue read my 2011 thought piece on why Apple should make a small tablet and shared it with other Apple executives.”

Here’s that thought piece: Why I Just Dumped the iPad (Hint: size matters)

And here’s Kevin Tofel’s piece saying the (7 inch) tablet will replace the smartphone.

To summarize, a 7 inch touchscreen device is bigger than a smartphone, big enough to do those key tablet-y things Steve Jobs talked about. And it’s smaller than a 10 inch tablet, making it easier to carry, hold, and use. So in a mobile world, a 7 inch screen is best.

Tofel’s reasoning was right, but the outcome was slightly different than he predicted. The 7 inch size is the sweet spot. But the tablet did not kill the smartphone. Instead, the smartphone grew up to become the tablet’s replacement. They converged to form the Phablet!

The Phablet’s size is a key. If 7 to 8 inches is a mini-tablet, then 6 inches is a nano-tablet or a micro-tablet.

The smallest tablet I know of is the discontinued Amazon fire tablet at 6 inches. Conversely, the biggest smartphone that I know of is the brand new Samsung Galaxy Note 10+ at 6.8 inches! Phablets are tablets that fit in your pocket, going everywhere with you.

Besides being always with you, there’s one more reason why phablets (smartphones) replaced tablets – and why the tablet did not replace the smartphone – they’re always connected.

When Steve Jobs introduced the iPhone, he said it was three things in one device. One of those things was an Internet Communicator. The internet in your pocket! The convenience of the always-connected smartphone, not just its size, is the key this time. All smartphones always have the web built-in since they maintain a persistent connection to the internet. You don’t need to hunt for wi-fi.

Besides the trend of the iPad shrinking to the mini, it also started growing to the Pro, which debuted at 12.9 inches. That’s pretty close to the average size of laptop screens today. People want and need more screen real estate so they can do more things. Again, size matters, and in this case, bigger is better. So the iPad left its tablet-y 10 inch size to be more like a laptop with a big portable screen.

Laptops not only have a bigger screen for more productivity, they also have something the iPad completely lacks: a keyboard! I loved my iPad, but the omission of a real keyboard became onerous. So like many iPad users, I tried to make my tablet become something it was not designed to be – a laptop – by cobbling together a kludge of folding case/stand and a physical keyboard.

With bigger screens and built-in keyboards, laptops just make more sense than tablets. But the trend of tablets giving way to laptops doesn’t stop there. Laptops also adopted many of the tablets’ strengths in recent years: they’re more mobile, agile, svelte. And their battery life now equals that of tablets. This left almost no place or reason for tablets to serve other than niche purposes. That’s why tablets are mostly dead.

The tablet was “far better” than either the smartphone or the laptop at a “few key things”. But over time that changed. As smartphones grew in size, they became as good as tablets. And in being always connected, they’re even better than tablets. Also, as laptops grew in mobility and with some gaining touchscreens (the 2-in-1), they too became as good or better than tablets.