Shout Out To Chrome Sites 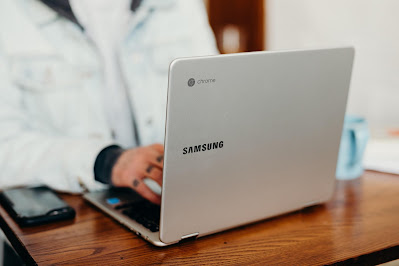 When I was all into using only my iPad for everything, I enjoyed a few websites dedicated to that. But now that I’ve switched to Chromebook, I like some new sites; they helped in my transition process. And they’re good to fuel the Chromebook fun.

First up is Chrome Unboxed. This one has been around for several years now. It’s run by a handful of guys who geek out on Chromebooks. They’re passionate about the product and encourage its adoption and proliferation. So if you’re thinking about switching to Chromebook, this website is sure to give you a boost.

In addition, the Chrome Unboxed team runs a podcast called The Chrome Cast. It’s like an audio version of the website. Sound quality is great. It’s informative, and you can hear the enthusiasm for Chromebooks in the speakers’ voices.

Next up is a site called About Chromebooks. It’s headed by one person: Kevin Tofel. I like this site for Kevin’s opinion articles about Chromebooks and tablets and technology in general. He has good insight into trends in the tech industry, having worked on the front lines for years. He was at Google working on Chrome, and he has written for different websites covering Chromebooks.

This last site, OMG! Chrome!, is a good one for general news and info about Chromebooks. It’s well organized and has been around for a long time. It posted several new articles over the Summer, but it looks like it went on hiatus for a long time beforehand. So I’m not sure how reliable it is for being up-to-date.

I’m sure there are other good websites out there to get your Chromebook fix. But these three were the main players that helped me make the move to using a Chromebook. When I first switched in 2017, I came from Windows. And when I transitioned last month, I left iOS on iPad.

Both metamorphoses required learning what Chrome OS was all about and if I could depend on it completely for all my computery things. So I found the mentioned Chrome sites instrumental in the change, rewiring my brain for life with a Chromebook.

If you want to explore Chromebooks for yourself, go see the sites.
Topics: Computing
Newer Post Older Post Home