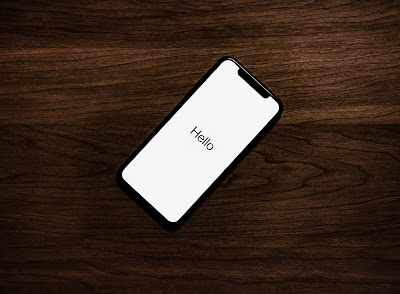 Earlier this week, Apple had their annual iPhone event and announced some updates. So here are a few of my well-uninformed thoughts from my soft spot for new tech.

Apple did not reinvent the smartphone, they merely reiteratedit.

Apple’s announcements were par for the course. No revolution. Even the “new” stuff was really just the “old” stuff updated marginally. It was great before, and now it’s as excellent as ever. That’s to be expected.

Two forthcoming subscription services, Arcade and TV+, were finally priced at $5 each. That’s a good price point comparatively for the market.

For me personally, I’m not interested enough in either service to sign up. It’s not like my entertainment needs are unmet in today’s over-abundant media landscape. I’m good! And the content previewed by Apple for their new services showed nothing compelling. Okay, maybe The Morning Show.

But you know what, I bet after a season or two, Apple will outright sell older seasons and episodes of their TV+ shows in iTunes. Maybe I’ll wait for that.

A new iPad was revealed! I still think the iPad is awesome (for a tablet, not for a laptop). And the newest version of the base model is a fantastic deal at $329.

New this time is a slightly bigger yet welcomed screen size, going from 9.7” to 10.2”. Also new is the added Smart Connector, so you have the option to buy the over-priced Smart Keyboard. (Honestly, it’s fine if Apple drives a high margin cost for their main products, but for accessories? Give us a break, Apple!)

I used the iPad Air 2 as my primary computer for about two years until last month when I caved for a proper clamshell laptop – Chromebook! But if I had stuck with iPad, the new one would be on the top of my to-buy list!

I once owned and enjoyed an Android Wear Moto 360 smartwatch, so I have some idea about the utility of such a device. And as iPad is to tablets, so is Apple Watch to whatever else wants to be on your wrist these days. The new Series 5 has slight updates that maintain the crown.

But one simple yet profound update is the Always On Display! This was one of the top three features I said could make me buy an Apple Watch. But I’m still not gonna. Because I still don’t need one.

I sport a $35 Timex “dumbwatch” with an Always On Display. Plus, I always carry a SmartPocketWatch – my iPhone. If I really want fitness features, I’d likely buy a FitBit since they’re more affordable, have a much longer battery life, and work great, whether you’re in the Apple or Google ecosystem.

But that now $200 Series 3 Apple Watch is tempting. Just sayin’.

Finally, the device that changed the world. iPhone. Now it says 11 instead of XR. Meaning, the updates are good but incremental. No leaps and bounds here. A solid smartphone further cements its status as Most-Bestest-Ever. Take that, Samsung Galaxy Note 10 with your fancy stylus.

Seriously, all the new iPhones focused on improved camera features and added new shnazy colors. Other than that, they’re a little faster and better. The biggest upgrade is the longer battery life – nice! That deserves a, “Finally!”

I’m still cruising along with a post-swank iPhone 7 that is now three generations old yet not obsolete. I don’t plan to upgrade to a lower-priced iPhone 8 or a refurbished iPhone 8 Plus. Instead, my eyes are set on the low to mid-range Android phone arena. Because I’m more into Google stuff now than Apple’s sauce.

So despite the new bling announced by Apple this week, I’m unswayed.

The best thing about the event is that it showcased the industry progress Apple is known to herald. Mobile device technology has been pushed forward again, ever so slightly. And that means other players and contributors will echo the effects.

Plus, what’s hot today will soon descend lower on the ladder to us mere mortals with only enough cash on hand to invest in good-enough tech. I see that as a win for everyone.