My iPhone Got Googled 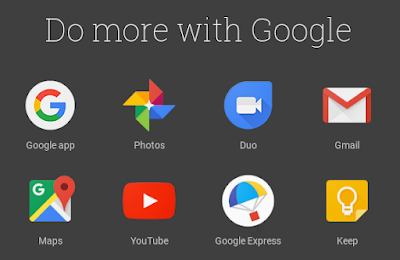 Would you believe me if I told you it is nigh impossible to get away from Google? The tech giant is so ingrained on the internet, you likely use at least one Google service. Several attempts at escaping Google’s vortex are posted online; just do a quick search for them – try not to use Google search! I distanced myself from Google several months ago, but now my Apple iPhone has become Google-fied.

My iPhone is Apple’s home turf, and it was free of all Google apps. I had even deleted YouTube! Of course, Apple wants you to use their built-in apps, and doing so makes the iPhone experience smoother overall. In fact, after more than a decade, Apple still won’t let you change default apps.

When I switched to a Chromebook, which is Google’s turf, I embraced using Google’s web apps and services. At first, I wasn’t sure if I would use only the minimum necessary to blog. You can guess the one Google app I’d be “forced” to use on a Chromebook: Chrome!

On my once “pure” Apple iPhone, it didn’t take long for me to download almost all of Google’s apps; I had a whole page full of them! What can I say? I like to go all-in. Besides, Google’s web services are linked together to make them more functional, so it makes sense to fully embrace them.

It seems like an oxymoron, but a Google iPhone is not a pretty ugly device; it’s surprisingly Google-y. You might say it’s the best of both worlds: Apple hardware with Google software. To me, it still seems weird having so many Google apps dominating my once “pure” Apple phone. It’s a major contrast, going from dependence on Apple’s solutions to Google’s. I’ll share three examples of apps I’ve switched. 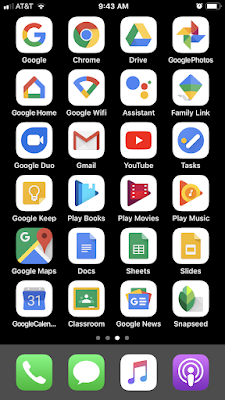 For the third year in a row, it’s been proven that Google Assistant is more accurate in answering questions than Siri. And having used Google Now on Android in the past, I remember how handy it was at offering up info for whatever I was doing at the moment. Most of all, taking an all-Google approach, I want Google Assistant to be the default voice assistant, integrated throughout the phone at my beck and call.

Unfortunately, Apple restricts changing the default apps on iPhone. So I placed Google Assistant on my homescreen and also enabled the widget. Now I do a tap or swipe to access it and then start talking. It’s not as nice as Siri’s integration where you can just say, “Hey Siri” without touching the phone. But it’s nice enough; I can rely upon it for general questions and search queries. It’s also fun testing both Siri and Google Assistant in competition to see who, or which, gets the best answer.

This category is a tough nut to crack. Once you become accustomed to relying on certain lifestyle apps every day of your life, changing any one of them is daunting. I switched them all!

Instead of Apple Mail, Calendar, Contacts, and Reminders, I now use Google’s versions like Gmail and Tasks. Apple’s offerings work great. But Google’s are, in some ways, even better because of how they integrate with each other on the web. For example, Google Calendar and Tasks are separate apps on the iPhone. Yet online, you can access Tasks within Calendar, and if a task is set to have a date/time, then it will get a special entry on the Calendar too!

After hurdling over the flip-flop to Google’s daily lifestyle apps, it didn’t take long for me to feel comfortable relying on them. Google’s great at synchronizing your data across all its apps and services. From my web browser at work to my iPhone to my Chromebook, I’m happy to trust Google with my daily digital bits.

I still prefer to buy songs one at a time, and Apple’s Music app plus iTunes has been my mainstay. But it lacks music discovery. I tried the Apple Music streaming service, and Spotify, but from my experience, Google’s solutions have been my favorite overall: YouTube and Google Play Music.

For the past two years, I relied on my iPhone’s Apple Music app to playback the songs I paid for. But I hit the big reset button in my mind; now I’ve switched to Google Play Music. I love the great “stations” it has to discover new music. And for now, I can still buy new songs outright from the Google Play Store. (Time will tell if YouTube Music replaces Google Play Music.)

Switching from Apple’s apps to Google’s apps on my iPhone was technically straightforward. But mentally, it required quite a mind-shift, rewiring the well worn grooves in my brain.

It’s a lot like physically moving to a new house. You’re daily routine is mostly the same, but you must reorient everything for it. And it takes time to unpack and settle in before you’re “at home” with your new surroundings.

Speaking of moving, now that I’m on Chromebook and using Google’s apps on my iPhone, there’s one more move that I will likely make: switching to an Android phone! Will this happen? Let me ask Siri. Or Google Assistant.
Topics: Computing
Newer Post Older Post Home