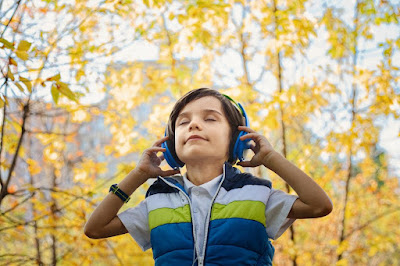 Weeks ago, I finally took the wireless plunge and bought my first bluetooth headphones. That act was a rock in the pond. The ripple effects – I didn’t see this coming – made parenting a little easier!

My wife and I are trying to raise 5 sons – that’s right, all boys. And boy, are they boisterous. It’s normal for boys to be loud, noisy, rowdy, rambunctious…I guess that applies to any kid, but especially boys. And when you have five (5) in one house, all within about 2 years of each other, it can get a little wild. My youngest boys have the loudest lungs, trying to talk over their older brothers. They all want to be heard! Mom and Dad feel the stress.

After I bought my new wire-free headphones, I needed to do something with my wired pair since I no longer would use them. My two oldest sons both wanted them, so I auctioned them off to the highest bidder for a reasonable price. The oldest got them, and they were a big upgrade over his old Apple earbuds that were either lost or damaged. My other son’s desire for headphones, rather than dissipate, grew stronger.

A few days later, my wife took all the kids to the store to spend some money they earned from taking care of our neighbors animals. And guess what they bought? Headphones! The store had the cheap five dollar variety. Better than nothin’, I guess. And I guess all my boys want to be like me, dear old dad, and wear headphones.

All the boys started wearing their headphones. One would play the electronic piano (keyboard). One would listen to his iPod shuffle. Another jacked into the iPad. They would be plugged into their Nintendo 2DS handhelds, gaming away. The youngest one wanted to borrow mommy's phone and listen to anything. They even wore headphones for fun or fashion.

Then something happened that my wife and I did not expect. The house got quiet!

Think about it for a moment. Five young boys. A quiet house. Seems like a dream. But the stark contrast was a surprising relief to this dad. Each of my sons were in their own little world. They were entertained or occupied within their headphones, enjoying whatever noise they wanted to.

Meanwhile, the usual house raucous came to a full stop. A sense of quiet calm settled on our home. I started to love their new headphones. I had no idea how nice and helpful headphones would be. It was as if all my sons were engrossed in books! Headphones and Harry Potter now have something in common.

If you’re a parent in need of some peace and quiet, then invest in some inexpensive headphones for your kids. I recommend it. Even if it only puts the noise on pause, you’ll reap some well earned calm.

And now I can say this: The best noise cancelling headphones ever cost only 5 bucks!
Topics: Computing
Newer Post Older Post Home