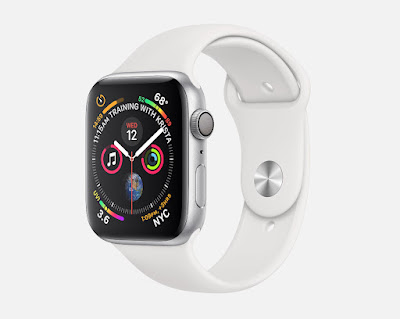 Apple makes a nice ecosystem of gadgets, but the Apple Watch is one that I haven’t been compelled to buy. I just don’t find it that interesting or necessary. But there are three things that would likely cause me to wear Apple’s Wrist Computer.

This one is super simple. Just keep the watch-face display always on. Because that’s what watches have been able to do since forever.

When it comes to fashion, Apple Watch looks like a blank canvas on your arm with its solid black face. Plain. Bland. Boring. Worse, since it’s a tech device, it looks dead or off, like wearing the watch is a waste of time! It’s just bad in my chronographical opinion.

And when it comes to function, the Watch-o-Apple should be like, you know, an actual watch! The number one feature and function of a watch, something I’ve worn since I was a kid, is to show you the time simply by looking at it.

You’ll note that I didn’t mention raising your arm to look at the watch. As I sit and type this post with my arm resting on the table, I just look at my wristwatch and see the time and date without moving my arm or hand at all. The display is constantly present in time!

And speaking from experience, when I owned a Moto 360 Android Wear Smartwatch, I know how annoying it is to raise your arm or rotate your wrist in order to make the display turn on. After being accustomed to years of a simple glance giving me knowledge of the time, these additional required gestures are a step backward. This doesn’t seem so smart.

What about this feature killing the battery? I think by now Apple has the engineering resources to solve this, making ample battery life and an always on display just work.

There’s something to be said about simple watches just working. The only watch certified to work on the Moon by NASA is the Omega Speedmaster Professional, a mechanical watch.

In a timely piece, John Gruber, a long time Apple blogger at Daring Fireball, commenting on an Atlantic story about the enduring functionality of the “Moonwatch” watch said this:

"This is, to me, exactly the appeal of mechanical watches."

I’m not asking for Apple to make the Apple Watch certifiable by NASA for Lunar excursions. I’m only asking for the display to remain on all-the-time. Simple.

As of now, the health features of Apple Watch have started to make me think I might want one on my wrist all the time. Naturally as I age, health is a growing priority.

If Apple Watch continues to grow its health feature focus, adding new capabilities for monitoring health or improving ones it already has, that would compel me further to consider not just wanting the watch but needing one.

Key areas where Apple Watch could aid my health now are:

On top of that, the overall fitness tracking is an attractive set of features. And now Apple has improved those with Activity Trends, so you can track your fitness levels over time.

If Apple keeps ramping up these health and fitness features, it may be in my best interest, that of self-preservation, to buy one.

This feature would require the addition of a front facing camera in the watch, like the ones found on iPhone. Its sole purpose would be for impromptu or quick and casual FaceTime calls from favorites in your contacts.

It’s futuristic and compelling to think that simply raising your wrist up and looking at your watch could answer or initiate a hands-free FaceTime video call with someone. This is what I call the Dick Tracy watch feature.

In fact, the phone calling feature (and the walkie-talkie app), without the video part, is already a realization of the Dick Tracy watch 2-way radio dream come true. All that’s missing is the FaceTime camera. 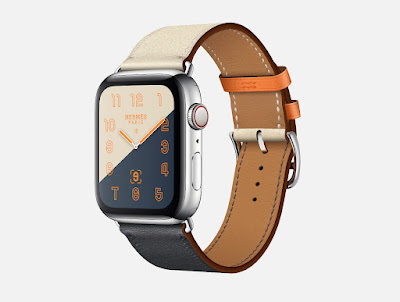 If Apple finds a way to squeeze the camera into the watch-face – I believe they can and likely already have a working prototype – then this feature alone would probably be the signal to strap this communicator to my arm.

It’s A Matter Of Chronology

These three things together would most certainly open my wallet wide to buy Apple Watch. But just one of the above features could be enough to push me over the edge.

Until such a time, I bide my time with my good ole fashioned Timex dumb-watch that always shows me the ”when” of now in the-moment-that-is-this. I don’t need to flick my wrist, raise my arm, tap my watch, or perform any other overt gesture. I just glance; there’s the date and time. That’s the bottom line.
Topics: Computing
Newer Post Older Post Home