Blogging Is Thinking Out Loud 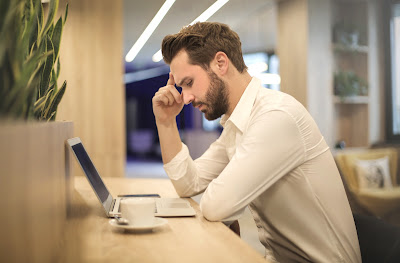 Up front, let me say that this post is meta; I’m blogging about blogging. Sometimes when I start to draft a post for my blog, it begins as an essay. It’s like I feel the idea in my head is important enough to warrant something like a formal treatise. But my circumstances often make it difficult to write seriously. And that’s when I step back and remind myself – it’s just a blog.

Blogs, of course, can be about anything. Your posts can be essays or stream of consciousness writing; it’s up to you. The types of posts you write are not necessarily or inherently better than other types of posts. That’s one of the great things about blogs; they are flexible.

That said, my blog preference is less formal and more casual. I think blogging is best this way. I would describe it as thinking out loud. A blog is a place where you can express your thoughts even as you think them. So your writing can share the less well-formed thoughts in your head. Your mind is a work in progress, and your blog is sort of a record of that progress.

What I like about this liberty is the ability to admit you have not thought it all the way through. You can be unpretentious and give voice to your less polished ideas. It also just lets you freely throw your nascent notions out there.

The cool thing is that even though your thoughts might be a bit lame, even just the essence of the thought could be enough to strike a chord in someone else reading your blog. That, in turn, might inspire them to write a bit more about the same subject. Your idea could spur someone on to a greater one. Call it spitballing or brainstorming, throwing stuff on the web to see what sticks.

There’s another place online where people throw up stuff all the time. It was once called a micro-blog: Twitter. I bring this up for comparison. I was wondering, if blog posts are “thinking out loud,” then what are Tweets?

At first, the 140 character limit was the kind of restriction that spurred creativity in pithy, succinct statements. But it also promoted short bursts of words that really seemed more like emotional rants than rational thoughts. Now with 280 characters and Tweet threads, Twitter has greater conversation than before.

But still, the infamous micro-blog is not quite as thoughtful as an old-school blog.

Yet I’ve found Tweets to be fitting for sharing little nuggets of ideas. I would call Tweets the seeds of thoughts, or seedlings. If blogs are thoughts, then Tweets are thought-lings.

A Tweet can often be a single premise to a larger argument. I have sometimes Tweeted out a succinct notion to encapsulate the essence of an incubating idea. And sometimes it’s just for fun, to share a silly sentiment. Tweets can be similar to wisdom nuggets or proverbs. But beware, often you’ll find dreck and banality or a Tweet-storm.

Tinker With The Thinker

So those are some of my thoughts about thinking, Tweeting, and blogging. If I had to choose one over the other, Twitter or WordPress, I wouldn’t hesitate for a moment. My blog would get all my attention, and Twitter would be no more.
Topics: Blogging
Newer Post Older Post Home