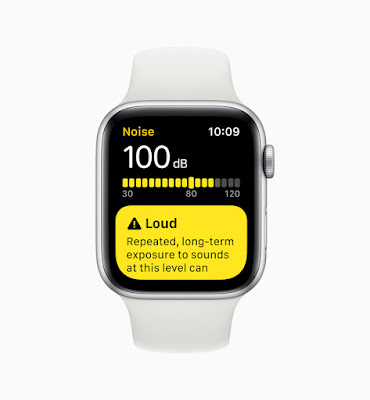 When Apple held their WWDC 2019 keynote last week, I tuned in for news on iPhone and iPad software. But it’s good to take note of all the things Apple is doing because of their ecosystem. Growth in one area affects growth in other areas. So I learned about new features in watchOS. And I’ve never considered owning an Apple Watch until now.

I still wear a dumb-watch

The things I like most from Apple’s WWDC announcements pertain to iPhone and iPad because those are the only Apple devices I own. But I’ve had an eye on AirPods for a long time. And with their new improvements, I think it’s only a matter of time before I pick some up at my local Best Buy and put them in my ears.

When it comes to the Apple Watch though, I have always thought of it as superfluous. To me, it does not do anything that my iPhone or iPad can’t do. In fact, I kind of deride Apple Watch sometimes – and to be fair, all smartwatches – because it can’t even keep the display always-on like traditional watches.

That’s why I’ve never really been interested in buying an Apple Watch. But a particular announcement at WWDC started to make me consider, for the first time, maybe, possibly, owning one after all.

Apple revealed a new app for their Watch. It’s called the Noise app. This surprised me; so far, I like what I hear!

A little back story is in order. In January this year, I finally got my hearing checked because I’ve suffered from Tinnitus for a while and last year it became worse. After seeing the audio specialist, it turns out that I have some mild hearing loss too.

So I wrote about it in a post and even tweeted at Tim Cook, asking Apple to make a new product called, “HearPods.” They would be like AirPods but with added hearing aid technology!

I had learned through my doctor visit about devices like ReSound and how advanced modern hearing aids have become, using Bluetooth technology and apps for your phone. So I figured AirPods combined with hearing aid tech would be a perfect fit for Apple and for hearing loss sufferers.

So when Apple announced the new Noise app for Apple Watch, I was all ears. It monitors – without recording or saving any audio – your environment for sound, likely utilizing some magical microphones with amazing algorithms. It will measure the noise level and do a few things to help protect your hearing from damage: 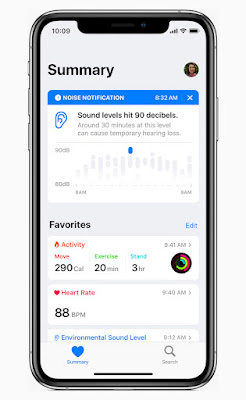 Besides the usual places you might find noise pollution, I imagine the Noise app would be handy (and fun) for telling – or better, showing – my 5 sons they’re being too noisy in the house! Believe me, with 5 young boys living in a small house, the noise levels get, uh, challenging.

"Maintenance of hearing health positively impacts the quality of life and studies have shown that hearing loss has been associated with cognitive decline.2 With the optimal position of Apple Watch on the wrist, the Noise app helps users understand the sound levels in environments such as concerts and sporting events that could negatively impact hearing. As the sound levels change, the app’s decibel meter moves in real time. The watch can send a notification if the decibel level reaches 90 decibels, which can begin to impact hearing after four hours per week of exposure at this level, according to the World Health Organization." 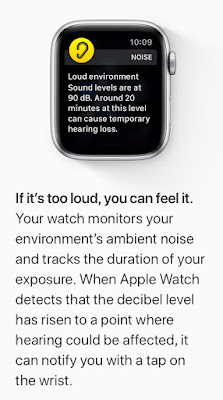 As Apple has improved the health and fitness capabilities of Apple Watch over the years, I’m slowly starting to think I might want to own one for myself.

A pedometer, a heart monitor, and a decibel meter are at least three unique hardware features with capabilities that my iPhone and iPad can’t do, which make the Apple Watch less superfluous and more compelling.

Sure, if I want great fitness features, I could spend less and enjoy a FitBit of some kind. But I prefer Apple stuff over third-party stuff because of their commitments to security, privacy, simplicity, and quality in the Apple ecosystem.

Will I end up with an Apple device on my wrist? Or in my ears? It sounds like a good possibility to me.
Topics: Computing
Newer Post Older Post Home