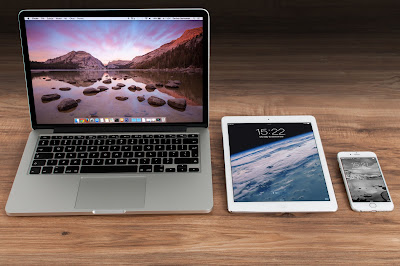 Since Apple’s recent WWDC19 keynote, I’ve processed many web articles, podcasts, and tweets about all the iPad things. And although the idea in my head is still a bit fuzzy, I’m starting to see what looks like a growing distinction, maybe even a division, in iPad.

Apple’s avalanche of announcements made a lot of good noise in the tech-sphere. And among those who, like me, use iPad as their computer, the epitome of new features is summed up in the name, iPadOS.

Let’s back up a bit. iPad debuted in 2010. It defined what a tablet is and does. It went through a few iterations, but it mostly remained as the best tablet money could buy.

Then, in 2015, the iPad Pro was released. Having the “Pro” moniker plus the new keyboard and pencil accessories introduced a distinction. Apple was making a declaration: iPad is a tablet; iPad Pro is a…Pro tablet. Or maybe it’s a tablet computer.

Now for 2019, Apple once again is pushing iPad further into computer territory with iPadOS, since it brings so many definitive Mac-like features to the tablet form factor. In effect, Apple is pushing the distinction to a division.

The thing I keep noticing after WWDC is all the examples of features that enable iPad to do computery things like never before. Most notably, they’re the kinds of things only a certain class of people, power users, take advantage of.

In contrast, most users look at iPad and think, “Great tablet!” because iPad excels at web surfin’ and YouTubin’.

So if it wasn’t clear before, it’s crystal now: Apple is evolving iPad from mere tablet to the newest form of The Personal Computer.

Apple’s distinction of iPad between tablet and computer is also reflected in the blurred distinction between iPad or MacBook, as shown by the new Brydge Pro keyboard:

I guess what I’m wondering about now is, what happens next? Does this mean the regular $329 iPad is a tablet and the iPad Pro is a touch-screen computer? Will Apple just shock everyone with the next iteration being a clamshell laptop running iPadOS?

The debate about iPad being a good consumption device versus a productivity machine might continue. Yet that’s talking about iPad as if there is still just one version of it. There are now at least two distinct versions of iPad.

In fact, there’s enough distinction to make a clear divide: the low end iPad is a tablet for the casual user. And the high-end is a computer for the power user. Meanwhile, the recent mid-range iPad Air is the hybrid device! It serves as both a consumption tablet and as a productive/creative workhorse when you need it.

Our so-called post-PC era positioned the traditional desktop PC as your “truck” and the iPad as your “car.” But with the state of iPad now, your “truck” could be a 12.9” iPad Pro computer that lives on your desk with a keyboard at home, and your “car” could be an iPad mini tablet that goes with you everywhere.