Your Phone As Awesome As Ever 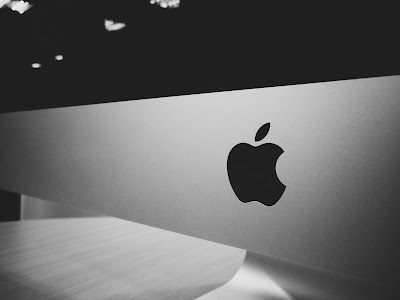 We’ve got these amazing pocket computers that no longer amaze us like they used to. When iPhones were the hot new thing – wow! – every time one came out, people literally lined up in the street to buy one. That phase faded. But next week, Apple might be wowing people again.

The upcoming annual event, where the company that Steve Jobs built showcases its latest software magic, is not a blip on most people’s radar. But for us nerds, geeks, and techies, Apple’s WWDC 2019 is buzz worthy. Why? Because the stuff that makes our iPhones and iPads amazing is about to be…more amazinger than ever!

There have been a few leaks in the past few weeks about iOS 13, the newest iteration of the operating system that makes iPhones work like magic. And they’ve been nigh tech-titillating.

Two words can sum it all up: Dark Mode.

Now, even Batman will ditch his Bat Communicator for an iPhone. Because Dark Mode.

Seriously though, Apple’s about to launch some nice new stuff. Some of it sounds like it will be the kinds of things people have been wanting for a long time. So instead of shiny new abilities, we’ll finally just get to do things we’ve needed or wanted all along.

For example, iPads might get to open files from a USB C drive. They might even allow separate profiles for your family members to share on one device. And – get this – iPhone icons and tap points might look more like buttons you can actually press! How novel.

I could go on and gush about other rumored tidbits with potential and promise. Instead, I want to take this moment to pose the opposite, “What if” scenario.

What if WWDC 2019 signaled more refinement rather than more features? What if Apple said, “Hey, your magical pocket computers are already mind blowing and reality distorting. So, like Snow Leopard back in the day, we’re announcing No New Features.”

This is sort of what they did last year with iOS 12, deciding to polish what was already supposed to be awesome. It was more ‘under the hood’ re-work, and I am glad they did that. But what if they did it yet again?

Would we still be amazed by our amazing whiz-bang gadgets? Or would we bristle and bellow for the wonder we once lined up for? Could we be content with what we have? Even grateful?

Maybe. My iPhone 7 is truly great. My iPad Air 2 is superb. Yet, I aint gonna lie, I would love to have new software and hardware from Apple, taking iOS to yet another level of brain melting techno-euphoria. Please. Bring it!

But if that does not happen next week…if Apple plays it safe and reveals next to nothing, I’ll count that as a win for being thankful for what I’ve got and not fixing what isn’t broken.

Having said all that, you know, there is one particular feature that I think I’d want above all else. No, it’s not Dark Mode, even though I wish I were Batman. What I think I’d want most is Apple to announce they figured out how to nearly double battery life just through software optimization.

Why? Because what I have works wonderfully! And I just want it to keep on working all day every day without ever worrying about conserving my battery. Simple as that.

That means full-screen brightness, no problem. Surfing the web forever, you bet. Gaming, taking pictures, editing photos…and the iPhone will just stay alive without needing to scab on a fat eccentrically bumped out battery case.

Guess we’ll find out soon enough what’s really going down at this year’s WWDC. I’m no developer, but I’m a user who has developed a love for Apple’s rectangles.

Are you psyched or hyped for WWDC 2019?
Topics: Computing