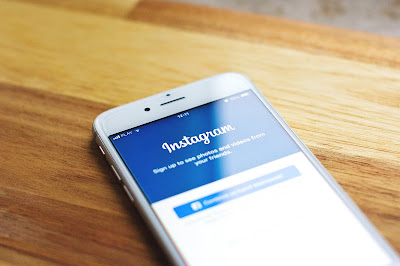 Do you remember back when Instagram first came out? It was not social-focused like it is today. It was photo-focused. And I totally miss that.

I recall how at first, Instagram helped a thing called iPhoneography take off. Around 2011, smartphone cameras were getting seriously good enough, and at the same time being super convenient, that people started using them instead of traditional point-n-shoots.

Instagram was a wonderfully simple app. It did one thing and did it well: quick photography. There were three basic steps:
Pretty simple, huh? But there were some special features about those basic steps that made all the difference.

First, you could take only square photos – gasp! How limiting! At first, I found this to be suboptimal, something I had to tolerate. But as I was “forced” to practice making 1:1 ratio pictures more and more, a change began to occur. I found the limitation, lets now call it focus, sparked my creativity. It made me think of framing photos differently than the 4:3 ratio I was used to on my “real” camera.

Second, the editing specialty was probably the biggest shiny thing it had going. You could use filters! Sometimes this seemed like a gimmick. But sometimes I found it to actually help photos look better. At the time, smartphone cameras were passable but not very good. Filters helped overcome this deficiency in picture quality, like a simple mask. Plus, they also spurred on creativity.

Third, sharing your snaps on Instagram to a feed dedicated to photography was, for any shutterbug, a sweet dream come true. Somehow, Instagram had just the right, simple mix of social features (comments, likes) without being a noisy soul-sucking Newsfeed like Facebook. And there were no ads!

But then came the Brands. And the selfies. And the celebrities. And the ads. And the self-promotion. And Stories. And, worst of all, the Facebook with Mark Zuckerberg. Then the guys who founded Instagram could take no more and left their creation. Need I say more?

I’ve lamented the souring of Instagram. I’ve tried to enjoy it regardless. But it didn’t work out. I deleted my Instagram account in March. And I don’t miss it.

I’m not the only one put off by what became of the once cool photo sharing site.

I found this great Washington Post article about one of Instagram’s creators who became disillusioned with it and quit! Check it out:

Quitting Instagram: She’s one of the many disillusioned with social media. But she also helped create it.

What will become of Instagram now? The recent F8 conference, where Facebook prognosticates itself, gave more details about Mark Zuckerberg’s so called “pivot to privacy.” And as a matter of course, Instagram will see some changes.

But will they really be for the better? One can hope, but it’d be a fool’s hope after all the years of Zuckerberg’s privacy violations. Maybe Flickr, in the hands of SmugMug, will be a better choice.