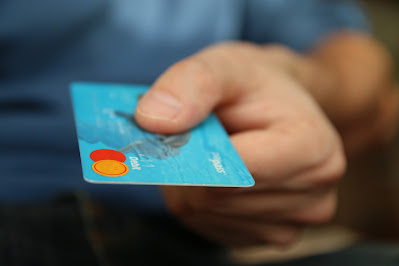 Like death by a thousand cuts, nobody likes to feel nickeled and dimed by numerous subscription payments seeping from their bank account every single month. I wrote against subs recently. Today, I’m writing for subs.

Back In The Day

What I have in mind are subscriptions to apps. As an end-user who started with computers in the last millennium, all I used to know was purchasing programs in a box from a physical store. How quaint.

You paid one fee, one time, up front. Done

Also note, the typical price of a program often felt like you needed a gold nugget to afford it. Photoshop was like $600!And it didn’t even come with a computer – that was “sold separately.”

Then the iPhone happened. And the App Store. It’s basically your computer now, and you buy software from the store that’s on it. Think, “Different.”

Besides not getting a box with a disk in it, now apps don’t cost hundreds of dollars. Most are measured in cents! Did the iPhone make software creation so simple that it can be done dirt cheap? One might think that. I wouldn’t know; I aint no developer.

Recently, my thinking and feelings started to change about subscription pricing.

I’m trying an app for writing called Ulysses. It’s popular in the Apple community, and it used to be one you could just pay for one time, up front, and be done. But it changed to a subscription model, which is suboptimal to some.

The Ulysses team spent a long time carefully contemplating the switch. They explained in an eye-opening article what led to their decision to go full-sub.

The reasons were compelling to me. I now understand why an app might require a subscription fee. Basically, with the way things work in the app store and with the true cost of creating good apps, a sub model makes sense.

My thinking about subs is now more aligned with a developer’s perspective.

I understand how John Voorhees on MacStories put it:

"Pay-once pricing is not sufficient to sustain ongoing development of professional productivity apps like Ulysses. While Ulysses has enjoyed success, funding the kind of development that pro users expect through growing the app’s user base is not sustainable in the long-term."

"I think subscription pricing is an excellent option for truly professional apps like Ulysses, particularly ones that are cross platform (Mac and iOS)."

For more developer perspective, I also found on MacStories an interview with an Adobe Designer, Khoi Vinh. He had a good explanation of the subscription model:

"The apps are cross-platform, they’re internationalized, they go through a heavy QA. We spend a lot of time thinking about how apps work for enterprise and for individuals. So, it’s a huge investment."

"…the value equation is very different from perpetual licensing, but we believe it’s more accessible for more people in general and makes sense for more businesses."

Even though I have a new and, I think, better understanding about subscription payments, that doesn’t necessarily mean I feel good about them. Instead, I still sorta feel I’m giving in to being nickeled and dime, like my expensive coffee keeps getting pilfered from my hand. These sneaky micro-payments add up!

To assuage those feelings, I have some things that help.

When there is an option to pay annually instead of monthly, I recommend and prefer that. The reasons are simple. Getting hit with a payment only once a year feels more like a one-time payment, not a repeated dinging on your checking account. And most of the time, the annual payment has the added incentive of being a lower cost overall. So you pay less, and you pay less often – win-win!

The other thing that helps is simply being mindful of the fact that an app typically deserves more credit than you might think. As mentioned, it takes a lot of people’s time and talent to create a good app. For me, I recall the price of programs in the past: $600 for Photoshop. $300 for Adobe Lightroom. $250 for Office. And then there is AutoCAD for thousands!!

If you have struggled to understand or appreciate the subscription model for software, I urge you to read the explanation about why Ulysses adopted it.

On a tangent, I still feel less inclined to subscribe to digital entertainment as opposed to software. While it does take time and talent to make good movies, TV shows, and video games, there is simply an over-abundance of “free” entertainment “out-there.”

Have you thought about subscriptions for software?
Topics: Computing