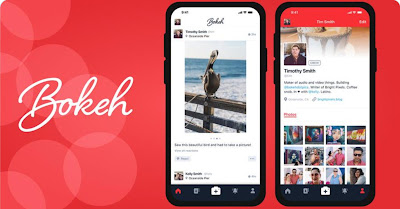 Recently, I deleted Instagram and lamented its downturn from photo sharing app to social-mania app. But this week I discovered a new Instagram-like photo-social app that’s got key core values. It’s in Kickstarter, and I am a backer!
The key core values are:
Another key feature: it will have a chronological timelineinstead of one fed by an algorithm.

And here’s a summary description:

"An Instagram alternative to share photos with friends and family privately, see them in chronological order, and without creepy ads."

Some other good things Bokeh has going for it: public accounts will have an RSS feed, so it’s more indy-web based. And it will have custom domains!

So far, the user interface of the app looks nice. There’s a lot more to like about the potential of Bokeh. And while I am inclined to support anything to help unseat Facebook or Instagram, I am genuinely interested in Bokeh.

With so much to like, it’s hard to believe that an individual account will cost only $3 a month! I’ve been open to the idea of paying for a social network service before, simply to avoid the pitfalls of an ad-revenue based network. And now I’ve got a chance to help make such a model of social media a reality. So I’m glad to be a backer!

I encourage you to go check out Bokeh on Kickstarter! If you decide to pledge support like I did, you could get early access to the site, a discount to join, and a profile flair that shows your support!

If you believe social networks can be better than Instagram or Facebook, now’s your chance to do your part in making things better!

Did you check out the Kickstarter page for Bokeh?
Topics: Social