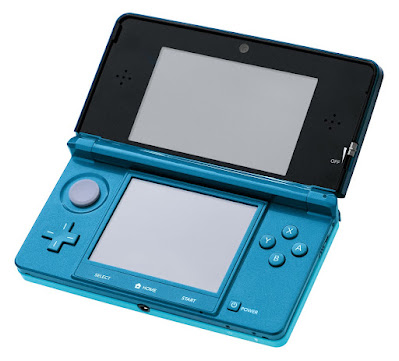 Touchscreens are cool; thanks, iPhone! All glass; no real buttons to push. But I got a new device that helped me rethink touch interaction. Like The Matrix, it’s all about control.

Thanks to Animal Crossing: New Leaf being re-released last month, I had to get a Nintendo 2DS XL hand-held game system. This device has a touch-screen like a smartphone. But it also has real buttons right next to it like any good game controller.

As I walked through my new game-town, Phunland, and met my new neighbors (Stinky, likes to work out), I pushed my way around, through trees, literally by pushing a button. Not a touch-screen.

The analog control stick on the 2DS is like the home button on older iPhones (that Apple killed not long ago – boo, hiss). Except it’s better!

It’s concave; your thumb gently nestles into it like a cat in an undersized box. And it’s coated in a warm rubber-like material, so your thumb smoothly connects with it. No slippery glass here. Plus it moves gracefully in any direction you want.

The 2DS has many other buttons also. You can make selections and control gameplay with either the touchscreen “buttons,” the physical buttons, or both!

Playing Animal Crossing with both buttons and touchscreen controls, and after having played many games on my smartphone and tablet, I was able to directly compare the interaction and gameplay, kind of just noticing by accident. (Although I am a geek, so…)

One big reason I think gaming on the 2DS XL is better than on a smartphone is due to the physical buttons, or more specifically, the tactile response interaction model (TRIM).

Interacting with my digital game on-screen through analog physical buttons makes my experience more real. And the closer to real interaction, the better the gameplay.

But how is it more real if I am not directly touching game objects on the glass display? Good question.

The tactile response of using fingers to push buttons, which move and depress and have actual shapes and materials, provides far greater sensory feedback to the brain than a flat, monolith glass plane that’s both a display and the controls.

This superior sensory feedback makes the interaction between me and the game more connective, more addictive, and more enjoyable.

When playing a game on my smartphone, I note that I can affect gameplay; I tap the screen, then stuff happens; it’s cause and effect. But playing on my 2DS, I don’t just affect gameplay, I interact with it. It’s on a whole other level. It’s deeper. I feel it.

I even develop muscle memory. It’s the brain plus eye-hand coordination on a specific physical button layout. Fingers return to certain places. The hands’ grip makes the mind grasp the game, not just watch it like a movie. All this interaction makes a more compelling and fulfilling gameplay experience. Even in a “casual” game like Animal Crossing.

Remember the Wii and its compelling interaction model? Motion controls. You played by holding physical button-festooned controllers that mimicked the real-world objects represented in the game. The Wii-mote often was the handle of a sword or tennis racket. You could even put it inside a steering wheel for racing games.

Wii games like Guitar Hero and Rock Band had life-like musical instruments as controllers for in-game instruments. Contrast that with Apple’s Garageband app on the iPad. It’s an awesome app, but is tapping tiny on-screen drums as satisfying and interactive as using drumsticks on physical drums? I don’t think so. Just ask Animal from the Muppets!

For you and many others, the keyboard for typing is very familiar and comfortable. And you’re likely aware of the physical versus touchscreen debate.

When the iPhone debuted, the interwebs were tangled in flame-wars of Blackberry keyboards versus iPhone glass. Spoiler alert: iPhone won the war.

Or did it? There are hard-core typists and writers out there who accept smartphones without real letter keys, but they will never give up their mechanical clackity-clack clicking keyboards. 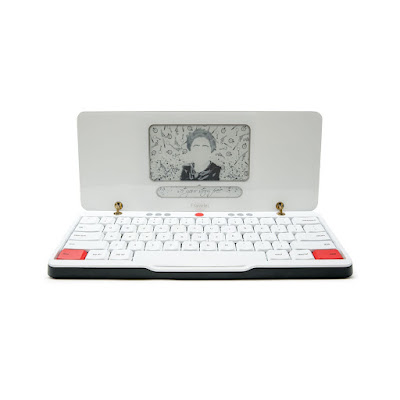 I am able to type on my smartphone and even on my iPad’s glass keyboard; they work well enough. But a real keyboard is much better.

You and I are normal to prefer a physical keyboard with real concave buttons to push down into a recessed cavity, then feeling the key pop back up just to do it all over again.

Some of you are old enough to remember entire school classes where it was:

You could feel those keys mash down. You could even hear loud clanks and clacking sounds. Typing was kind of visceral in your mind because it was so tactile and aural.

The point is simple. Despite being dominated by glass touchscreens, you and I still love to press real buttons.

We’re real physical beings. We’re made for real physical feedback, the tactile response. And one that’s more than a mere tap on a glass plane with almost zero sensory gratification. Yes, simple is good, effortless is good, but tactile is good, too. And it feels better.

It took me months to get over my iPhone 7’s fake home button that does not actually depress down. I maxed out the haptic vibrating feedback and still had difficulty getting used to a button I can’t actually push!