Photography With An Old iPad 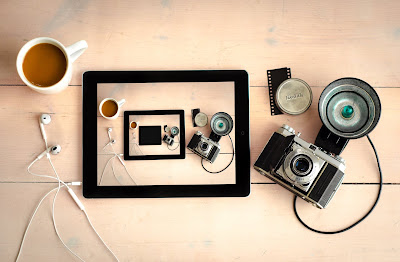 I’m a bit of a tech-geek, and like a lot of people, I love using my tablet. It’s an iPad Air 2, which came out in late 2014; it still works great! As much as I like the iPad-as-my-only-computer lifestyle, some things make it hard, like finding an app that will help but then realizing – your tablet is not supported.
What!? My futuristic tablet is too far in the past for a modern new photo app?

So yeah, bummer, because I really like photography too. Doing my photo hobby on my iPad would meld together two of my faves: technology and photography.

Focus On Photos. And iPad.

I’ve been an Adobe Lightroom user for years. And my iPad Air 2 runs the new Lightroom CC app just fine! In fact, I like it a lot. But what I don’t like is the required subscription cost: $10 every single month forever. No thanks! I’d much rather pay up front, in full, and be done.

I learned last week about a cool new photo app, which was released April 9th, called Pixelmator Photo. Best of all, it only costs a tiny one-time fee to download and use for as long as you want!

So I was thinking this modern photo app could be “the one” that lets me break away from Lightroom on my desktop PC and do all my photo organizing and editing on my trusty iPad. But then I learned that my iPad is no longer awesome enough to work with such an awesome app.

My tablet is old, but not obsolete. Yet it’s not supported by the Pixelmator Photo app. Sigh.

I’m still in search of a great photo app to replace Lightroom on my PC. But of course, I’ve also started to think maybe it’s time to upgrade my iPad. The better time to sell is before it’s truly obsolete.

Photos On iPad. Or PC. Or Mac.

It seems like I should either downgrade my photo needs or upgrade my tablet. But there’s a middle ground I’m sticking to. My iPad is my primary device; I use it for most things. But for the few things where my current PC is better – Lightroom for photography – I use that instead.

You might suggest that I consider getting a Mac, since the Photos app there has more robust editing features. I think that would be nice, but then here comes a money problem again.

I could pay full-price up-front for a Mac, but it costs a lot more than an iPad. And I would rather stick to just an iPad and iPhone because of iOS – one simple unified system. Also, my household runs Windows for the PC, and I don’t want to mix things up with MacOS. Simplify, unify…

Anyways, instead of an iPad-only lifestyle, I’ve got an iPad-mostly lifestyle. Either way, all-tech, all-geek, that sort of stuff.