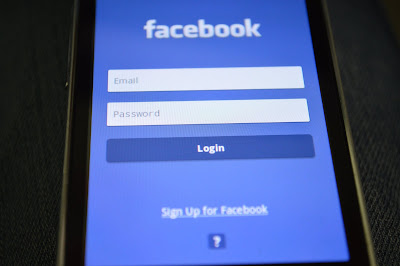 Facebook is ubiquitous. If you need to find someone, chances are they’re on Facebook. And most people are so hooked on it that they’d never delete their account. Would you? If not, can we keep the next generation off it? I think that’s a key part of ending Facebook’s ubiquity.

Current generations (Boomers, Gen X, Millennials) use social media a lot – for better or for worse. And it’s hard to stop the train or jump off while it’s moving! Maybe you have tried to reduce your Facebook usage or know someone who has.

I kind of hate to admit that I still have a Facebook account (I’ve been considering deletion or deactivation). I opt for what Cal Newport terms Controlled Use. The Facebook app has been off my phone since last December; I rarely check the site on my PC. I unfollowed almost everyone, so my Newsfeed is mostly blank. This keeps me from getting sucked in. You probably know what I’m talking about.

But what about the next generation (Gen Y, Gen Z, Post-Millennials)? Current Facebook rules require you to be age 13 to get an account. But does a kid really need an account? Aren’t they still learning how to socialize face to face? Why complicate their growth with an addictive social media profile and a distracting Newsfeed where even adults fail to exercise self-control over their time spent mindlessly scrolling?

I’ve often wondered what it would take for Facebook’s dominance to dwindle. In order for Facebook to die out, it must age out. And you and I can keep the next generation from gravitating towards its black hole. It is our responsibility to do just that.

One of the founders of Facebook, Sean Parker, admitted that the company intentionally or knowingly exploited human psychological vulnerabilities to cause people to use the site more and more. And he expressed deep concern over kids using social media,

“God only knows what it’s doing to our children’s brains.” – Sean Parker

Our kids should be warned of Facebook’s problems (addiction, anti-privacy, lack of security, surveillance, misinformation, fake-news, etc) and be discouraged from getting onboard.

My oldest son turns 13 this year. I don’t want him to ever get on Facebook. So in my house, that’s the deal. No Facebook for you, kids! Like many restrictions, this one applies until they’re 18 years old or they move out.

This, of course, brings up a point. What about my own use of Facebook, and my wife’s account, for example? If I tell my kids they shouldn’t be on Facebook yet they see me on it, doesn’t that send a mixed message? Isn’t that hypocritical? Good point!

Yes and no. I see the mixed message. I get it. But it’s like a lot of things in life: some stuff is for mature adults only: cigarettes, alcohol, R-rated movies, etc. As parents, we shield or restrict our kids from these types of things. Facebook (social media and YouTube), falls in this category.

Facebook is also like sugar: sweet at fleeting moments yet detrimental if not used in moderation. It is not good for your health. Children lack the discretion and self-control to consume it responsibly. And as a parent of 5 young boys, I know the fall-out from letting kids have even a little sugar beyond the occasional snack.

My opinion on these matters isn’t alone of course. Social media (Facebook) is very problematic for teenagers. Take this statement for example:

“Social-networking sites like Facebook promise to connect us to friends. But the portrait of iGen teens emerging from the data is one of a lonely, dislocated generation.” – Jean M. Twenge

The Atlantic article with the above statement talks about the deleterious effects of smartphones and social media on the next generation. They’re the ones, like my kids, we must protect.

There are also books written and studies done about this. One related article is found here: You Are The Product. Here’s one more: The End of Facebook’s Ubiquity. And a related book hot off the press: Zucked: Waking up to the Facebook catastrophe. The Zucked website front page has some simple guidelines for protecting kids from Facebook.

Is Facebook something we should protect our kids from?
Topics: Social