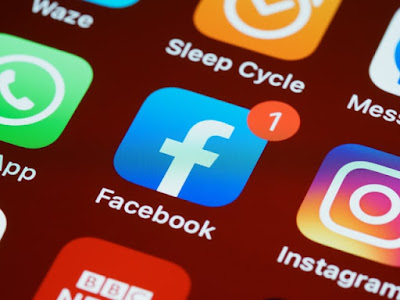 I quit Facebook. I chose the nuke from orbit option: deletion instead of deactivation. The recent Cambridge Analytica data exploit was the catalyst for my decision. But I had been wary of Facebook before and was already detaching from it.
Over my 9 years of friending, liking, and sharing, Facebook has been a mixed bag. I’ve enjoyed the positive things about it, but the negatives finally weighed enough for me to quit.

So why did I quit Facebook? Of my many reasons, I’ll try to summarize only a few. Crack knuckles…begin!

Facebook’s privacy mistakes and data sharing concerns have surfaced repeatedly throughout the years. It’s made me leary before. And now, the latest and greatest example is the Cambridge Analytica scandal. Altogether, it’s made me no longer trust Facebook.

Facebook’s ability to keep our attention has been a growing concern over time; the pot seems to have boiled over. Tristan Harris and his site humanetech explain best, and my experience is like that of many. I’ve mindlessly scrolled the newsfeed and habitually checked for red circled notifications too much. I’ve written about it before: The End of Newsfeed Distraction and The Matrix of Social Media.

Facebook’s ubiquity and utility make it a one-stop-shop; it tries to be everything to everyone. And under the pretense of privacy and security, it’s closed off–less so these days–from the rest of the internet. So most people stay on Facebook instead of visiting other websites and blogs. People once “surfed the web;” now they “scroll their feed.”

Facebook has 2.2 billion members–more than the largest country in the world. This suggests great power requiring great responsibility. But I think for any one person, like founder and CEO, Mark Zuckerberg, it is too much. The inherent risks are too great. And although being an influential and powerful agency, Facebook has been unregulated by any government and has proven unable or unwilling to regulate itself to any sufficient degree. Zuckerberg himself has shown reluctance to his assumed responsibilities.

Those are some of my reasons why I gained freedom from Facebook. Overall, I’m not totally against social media. It has pros and cons, and it affects people in different ways. But I think it would be good to re-evaluate the place of Facebook in your life and choose what’s best. Maybe you delete it or use it less. Or you could be good as is.

Have you thought about quitting Facebook before? What are some pros and cons of social media for you?
(Photo by Brett Jordan on Unsplash)
Topics: Social